They say people who ignore history are doomed to repeat it, so pay attention to this blog post! Visit ndstudies.gov or the collections of the ND Heritage Center & State Museum and you may never sleep again.

People in the 19th century took their coughs pretty seriously. Decades before antibiotics, huge fortunes were made selling “all natural, safe and soothing” cures. Which isn’t to say that these serums weren’t effective at mellowing you out — it’s just that slapping “natural, safe, and soothing” on the label doesn’t mean they weren’t packed with as much booze and narcotics as they could handle. Which they were. 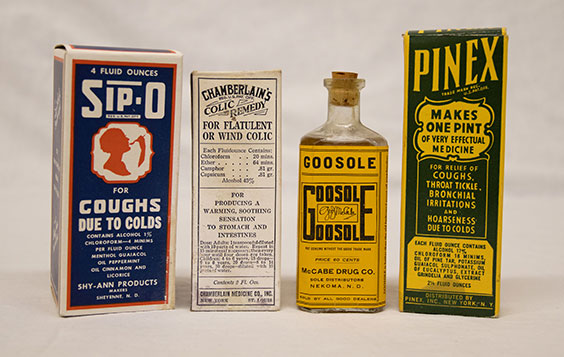 Is there anything it can’t cure? Not according to the label. (SHSND 18061)

This type of massively misleading marketing drove support for a clean food and drug policy in the United States. One of the unsung heroes of the movement, who had crazy ideas like removing morphine and chloroform from baby cough syrup, was Edwin Ladd. A chemistry professor at North Dakota Agricultural College in Fargo, Ladd later brought his expertise to bear as a U.S. senator. Ladd’s passion for ensuring food quality is the reason the box of ground pepper you bought at the grocery store is actually ground pepper and not something like ground coconut shells. I am totally not making that up.

Most are familiar with a popular theory about the end of the dinosaurs; everything was going fine until a giant rock fell out of space, and then something awful happened to the temperature. But that was so 65 million years ago. Could such a thing happen to humans? It already did. In Siberia. And not to be outdone, North Dakota has its own impressive collection of meteorites.

The best documented case would be the Richardton meteorite. On an otherwise normal day, June 30, 1918, at 9:48 a.m., a meteorite exploded above Richardton and Mott. In total, nearly 220 pounds of rock were collected, and amazingly, nobody was hurt. 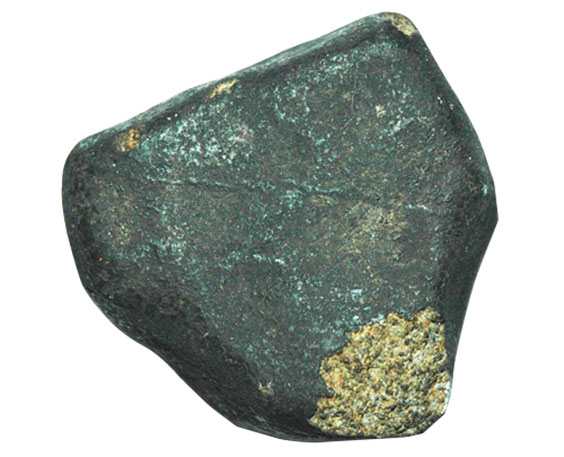 This thing traveled a long way to get the North Dakota Heritage Center & State Museum. (On loan from University of Minnesota)

To see how unlucky North Dakota can be in the Milky Way, including our impact craters, check out North Dakota Night Sky. And see a piece of the Richardton meteorite on exhibit at the ND Heritage Center & State Museum.

Museums sometimes hold a great deal of furniture for a variety of reasons. And sometimes that reason seems to be documenting all the different ways Lovecraftian horrors can be imposed in a room. 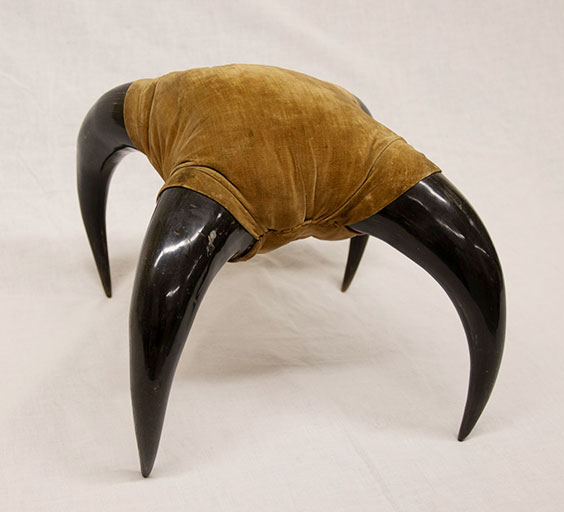 This footstool is made of your Roomba’s nightmares. (SHSND 12774)

Back in the day, furniture that was likely to be conversational as well as stabby was a common theme. This is a huge and surprisingly heavy hat rack that could also impale your pets. 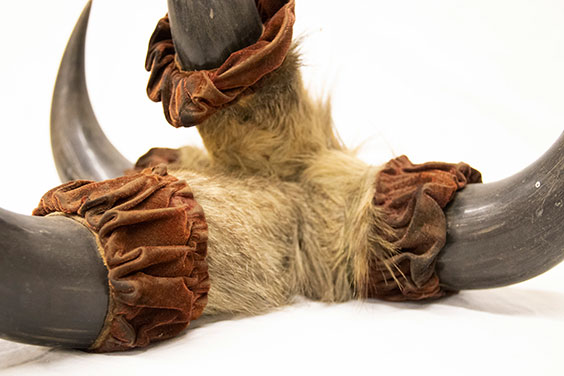 Did not predict the sharp decline of giant hats. Did predict the comeback of the scrunchie. (SHSND 6085)

Make a plan to visit the State Museum on Halloween. You never know what spooky thing you’ll discover. 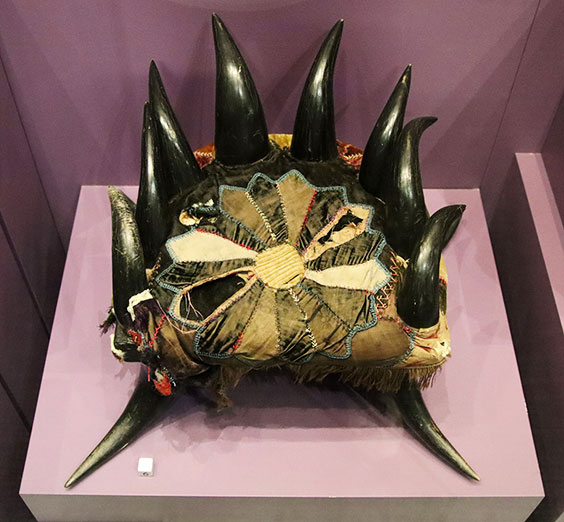 This stool may cause reproductive harm. Thankfully it is encased on exhibit in the State Museum’s Inspiration Gallery. (SHSND 2010.68.1)

Stay weird out there.