“So what is your favorite artifact?”

It’s something I almost always get asked on tours. I am terrible at making up my mind. And I feel slightly guilty having favorites. (Sarah in Archives knows this, too—see her blog about her favorite things). But I must confess…there are objects that I think are especially cool. Here are a few of them.

I like groundstone artifacts. Groundstone objects or tools are made by grinding or pecking away at the stone material until you achieve the desired shape. It takes time and skill to make something this way. I find grooved axes to be amazing. This axe comes from Barnes County, ND.

Another stunning axe is from a site in Emmons County (32EM104). This axe is made from a light-colored quartzite material. If you visit the North Dakota Heritage Center & State Museum, this axe is on display in the case next to the cyclorama in the Innovation Gallery: Early Peoples.

This groundstone bird effigy was a surprise to me when I pulled it out of a box I was inventorying. It wasn’t listed on the old box label—but to me it was definitely worth mentioning! I haven’t seen any other bird effigies made of groundstone in the ND archaeology collections. It reminds me of a grouse. What kind of bird do you think it is? It was found in Stutsman County in the 1930s. I wish I could tell you more about it, but very little information was recorded about where it was found, otherwise known as its context.

Groundstone bird effigy from Stuttsman County (5050)
Maybe the stone bird is a grouse? What do you think?

Now for something that isn’t groundstone. This clay pipe bowl clutched in the talons of an eagle is also among my top favorite artifacts. It is from the 19th century site of Fort Rice (32MO102), south of Mandan.

Sometimes I like an object because of the small details, like the lily pad motif on this spoon handle. The back of the handle is marked “Sterling Triple” and was most likely originally silver-plated. It is from the former town of Winona, ND (32EM211). 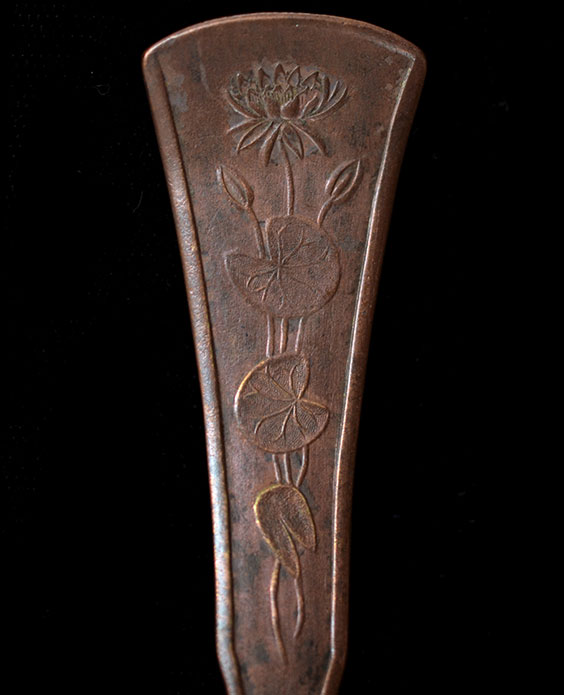 The next artifact is astonishing simply because it has survived. And it has survived a lot over the last 400 years or so: surviving the outdoor elements, being excavated, transported, and stored for years in less-than-ideal materials. In 2015 and 2016, excavation projects were undertaken by the Paleo Cultural Research Group (PCRG) at Chief Looking’s Village/Ward (32BL3) in Bismarck. During the project, Mark Mitchell, Ph.D., the project lead, mentioned basketry that had been found at the site in the 1930s when the Civilian Conservation Corps (CCC) excavated there. Curious, I browsed through the CCC artifacts in our collection when I returned to the lab. Sure enough--there were basketry fragments! 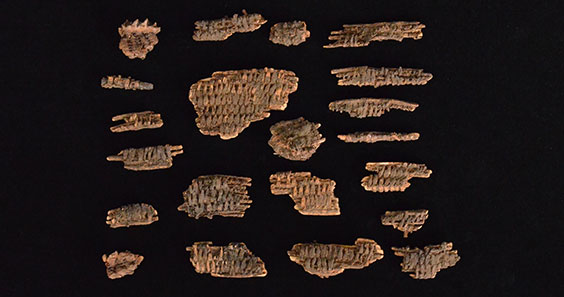 We know people in North Dakota used basketry in the past, but it is rare to find basketry that survives in an archaeological context in North Dakota—the climate and soils here do not usually preserve the plant materials from which baskets are made. Chief Looking’s Village/Ward was occupied during 16th century, making these basket fragments very old. (If you are interested in the recent excavation projects at Chief Looking’s Village, Thunder Revolution Studios and the Northern Plains Heritage Foundation have released a video about the 2016 excavation).

The last item is the paddlefish skull in the faunal comparative collection. We use the faunal collection to compare known animals (in this case, a paddlefish) to bone artifacts. Being able to identify what kind of animal a bone came from tells us about what animals people were hunting, eating, using, or living with and what the environment was like in the past. The paddlefish has a stunning snout (called a rostrum). I think it is a total work of art! It is an intricate lacey mesh of bone. Before I saw this skull I just thought of paddlefish as a funny looking type of fish. But now I can’t help but look at them a little differently. If you ever tour the archaeology lab at the North Dakota Heritage Center & State Museum -- be sure to ask to see the amazing paddlefish skull—we will be happy to show it to you! 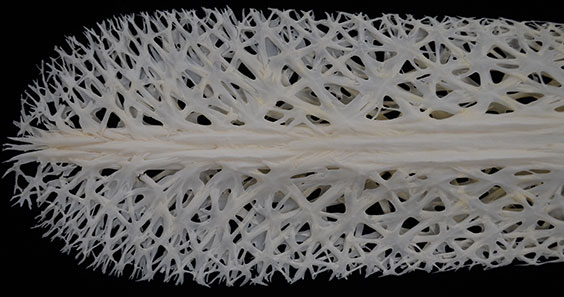 A close-up view of the paddlefish rostrum 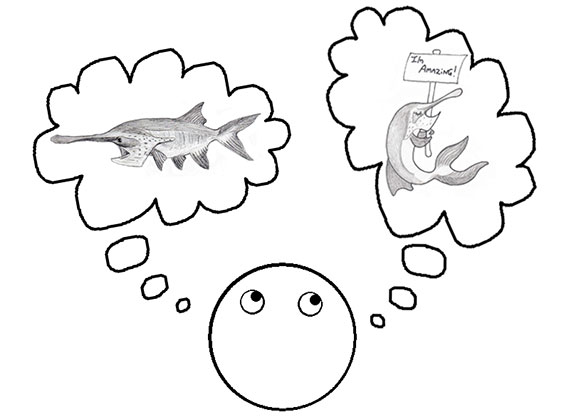