A variety of things are always happening in North Dakota’s archaeology collections. Here are just three highlights from the past few months.

In November, I went with several other staff to help deinstall the Scattered Village display at the Mandan Public Library. Scattered Village (32MO31) was a Mandan village. Part of the current city of Mandan is now located on top of this archaeological site. Some of the village was excavated during street work in the 1990s, and the artifacts on display are from that project. The ceramics are a lot of fun to look at up close. For instance, there is an animal effigy on this large pot fragment. 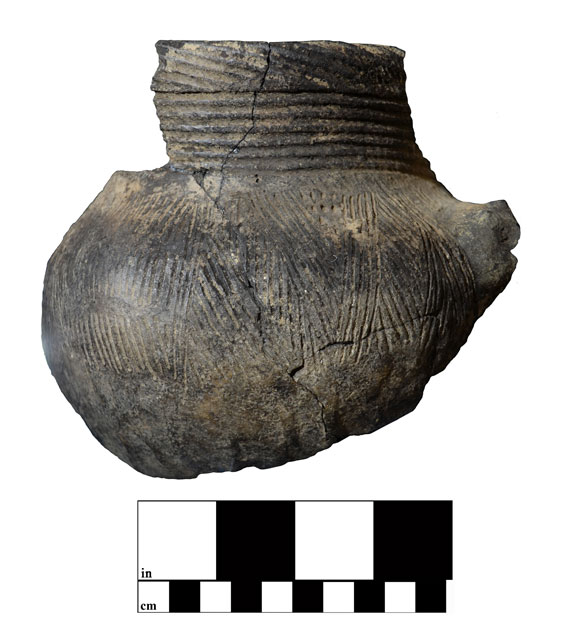 This vessel fragment below is elaborately decorated—you can see the marks from the paddle used to shape the vessel on the lower part, while the top part is decorated with cord-and-tool impressions. 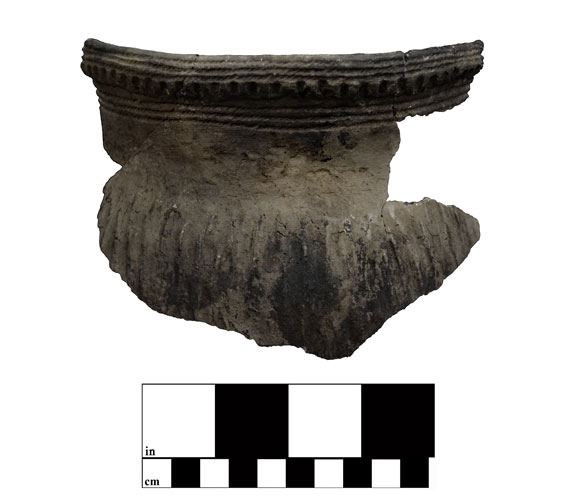 I also can’t help but like the tiny face on this rim sherd pictured below. 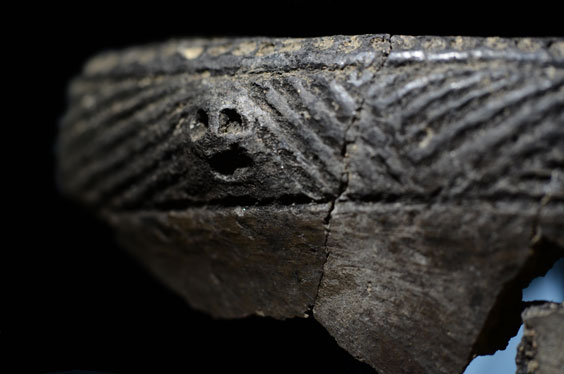 Another highlight was a donation of Paleoindian projectile points from a site in McLean County (32ML1350). The points in this collection are around 9,000 years old. They are very finely made, and the edges are still rather sharp. This kind of point is called an Eden point; it is made from Knife River flint. 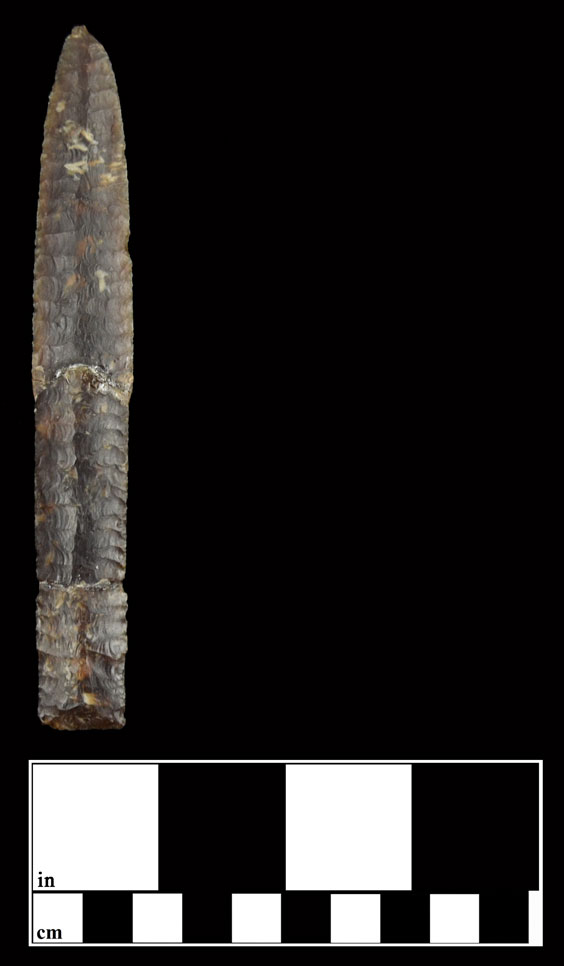 This Eden point, below, is made from porcellanite. 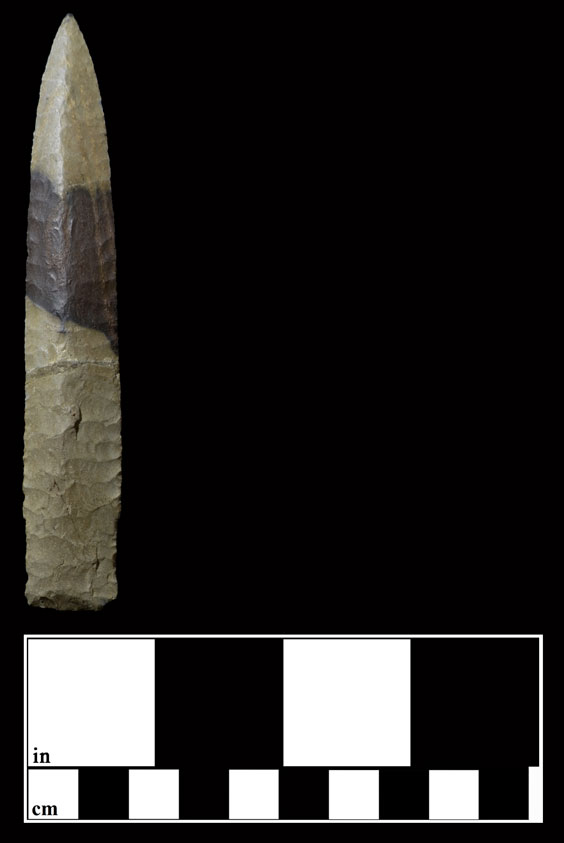 This is a Scottsbluff projectile point. It is also made from Knife River flint. 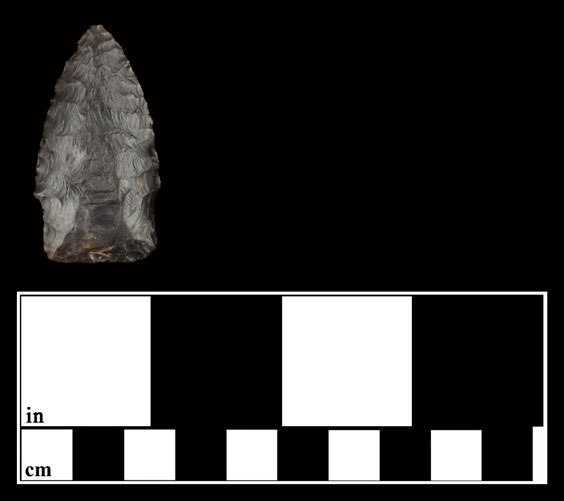 Another fascinating donation came from southeastern North Dakota. We were excited to receive it since we don’t have many collections from that part of the state. It includes several large trays of projectile points, drills, and other objects. 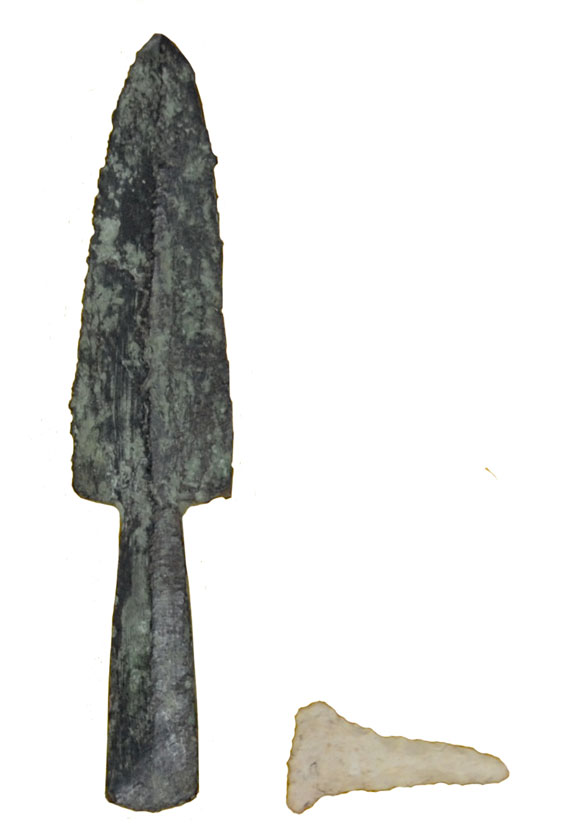 Many of the points, including the one above, are from the Archaic period, which lasted from approximately 5500 B.C. to 400 B.C.

Here are a few of the many projectile points from this donation. We so appreciate the generosity of these donors. SHSND AHP Maercklein Collection