It’s still summer, and it isn’t too late to visit the beach! Maybe even the ocean? With that in mind, here are a few artifacts from the archaeology collections that remind me of a trip to the beach.

Here in North Dakota, you might expect prairie schooners (covered wagons). Actual schooner ships, not so much. But this pocket watch case from Fort Abraham Lincoln has a schooner on it. 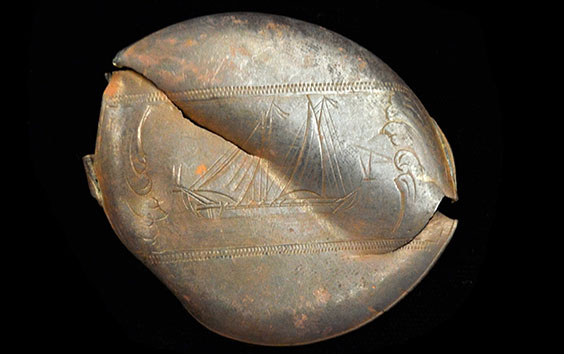 This is not the only nautical-themed item from Fort Abraham Lincoln. A pair of suspender buckles and a rivet feature an anchor motif. 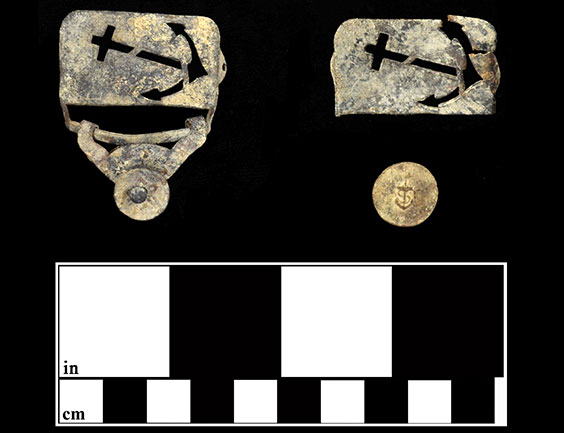 If a fish story is more to your taste, how about this pipe fragment? 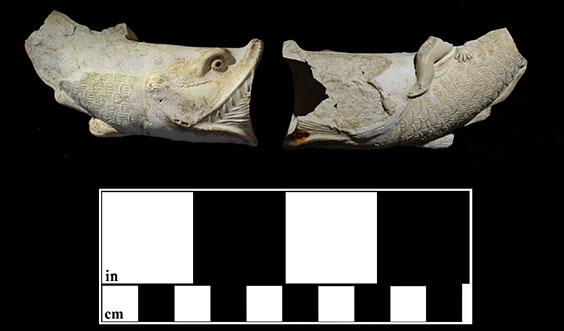 One of the volunteers unwrapped this while helping us rehouse an older collection into archival materials. There was originally a cherub figure or child riding the fish — you can see part of a leg and a tiny hand on one side of the fish. And that is by no means the only fish pipe in North Dakota’s archaeology collections. If you ever visit the North Dakota Heritage Center & State Museum, you can visit this clay fish pipe in the Innovation Gallery. It comes from Ransom County. 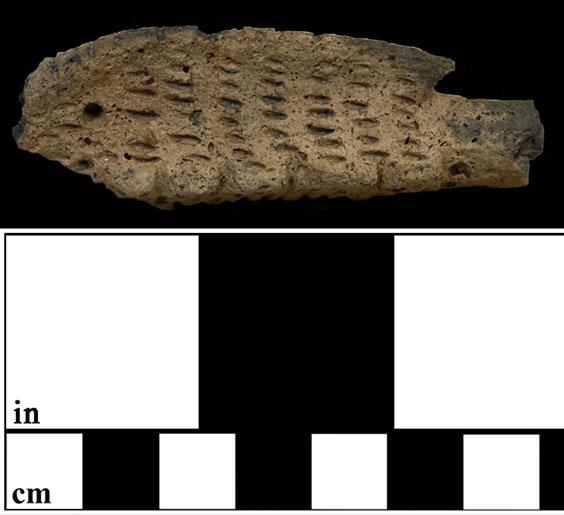 Have you ever found a shell at the ocean? How about in the middle of a field? A family in Stutsman County found this large conch shell while working on their farm. 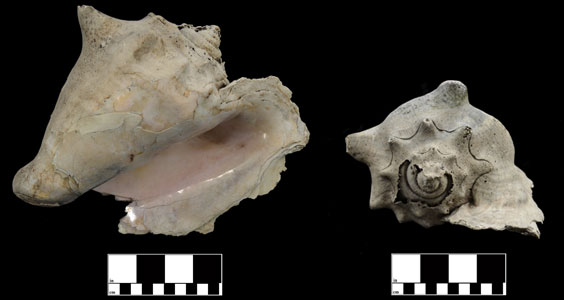 While our former chief archaeologist and in-house malacologist (someone who studies shell) Paul Picha determined the shell probably isn’t very old, the family kindly donated it so it can be used in the shell comparative collection. Seashells are found at North Dakota sites, so it is helpful to have complete or nearly complete examples for comparison. The site artifacts all came from faraway seashores to North Dakota by Native travel and trade networks. Examples of seashell artifacts found in North Dakota include this ornament made from a columella (central pillar) of a large shell, and these abalone shell pendants. 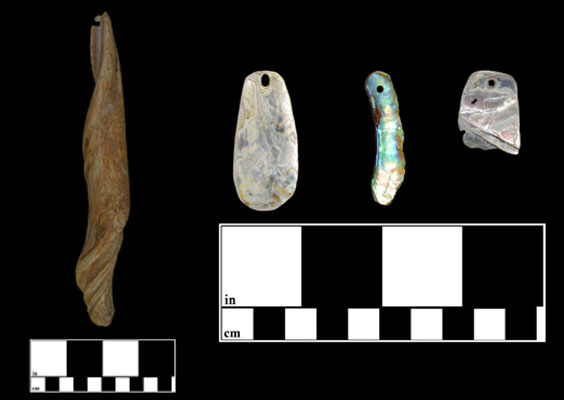 Let’s end this blog entry with a photo of a beach — the Beach cache, that is. This amazing group of tools and tool materials was placed in a storage pit (called a cache) by Paleoindian people. The cache was discovered in the 1970s near what is now Beach, North Dakota. 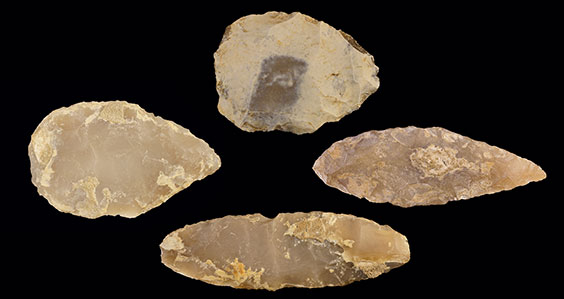