This year, the State Historical Society of North Dakota is celebrating an anniversary—40 years since the North Dakota Heritage Center first opened its doors to the public.

This anniversary affects all of us who work here, but today I want to focus on the archival side of this story. Of course, as faithful readers know, the State Archives collections, which consist of two-dimensional objects such as photographs, papers, and books, document the history of the state, including our own history.

More space was eventually needed, however, and in the 1970s, initial funding was provided for the State Historical Society’s new building, which broke ground in 1976.

Jim Davis, former head of reference services in the State Archives, often shared stories of this history with me. He was first hired to help move Archives collections into the new building, as well as to sort items. He stuck around, and by July 1981 became a full-time employee. So, I invited Jim to share some of his memories in a brief interview, which I have transcribed, edited, and condensed below. He recalls:

I was hired on October 14 [of 1980] to move books and sort. There were stacks and stacks of boxes up in the Archives. … We were still working on all that when we opened up. We were still putting out the microfilm, which was all behind the desk. There was no self-serve for anything but county history books. As we were opening, they were still putting the finishing touches on the Archives. I had to move my typewriter as they finished putting the glass up [around the desk]. … It was February 2 of 1981 that we opened the Archives. I opened the doors [of the Orin G. Libby Memorial Reading Room] to the public—May was the actual grand opening. … It took some getting used to. The building was so much bigger. We had a lot of space to deal with. The meeting rooms, the auditorium. We were really scrambling to get the auditorium ready before the big opening.

The grand opening of the North Dakota Heritage Center in 1981 drew large crowds to see the new building and exhibits. 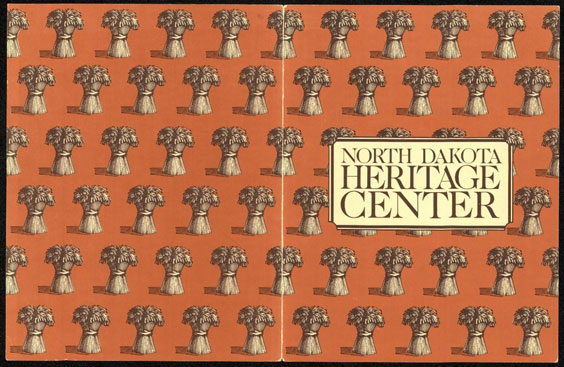 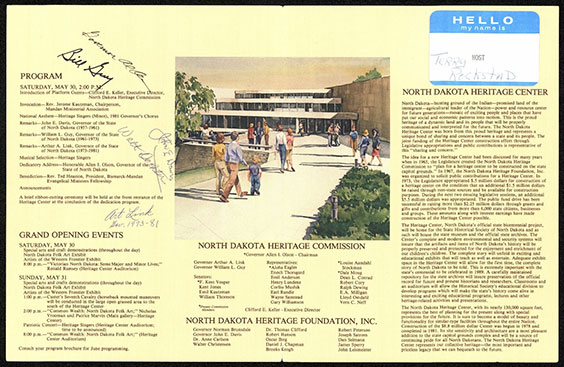 Front cover, above, and interior view, below, of the program from the grand opening of the North Dakota Heritage Center in 1981. It details a range of celebratory events held to mark the occasion. SHSND SA 32435 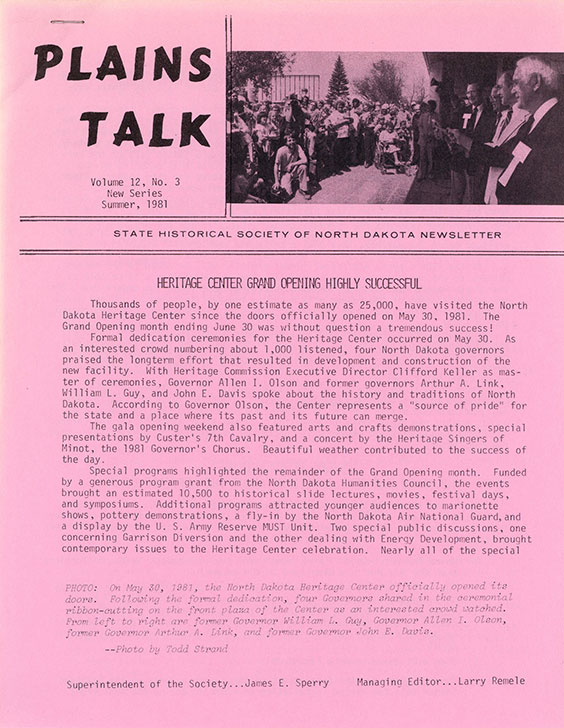 In the summer 1981 issue of Plains Talk, our agency newsletter, we wrote of the successful opening of the North Dakota Heritage Center. SHSND SA 1605600

Now, 40 years later, we have worked through two additional expansions. In 2007, the Archives storage areas and offices were expanded, and in 2014, 97,000 square feet were added to the Heritage Center building, which became known as the North Dakota Heritage Center & State Museum. And we are still going strong! These photos, stored and accessible in the State Archives, show how the Historical Society’s exhibits have changed over time. 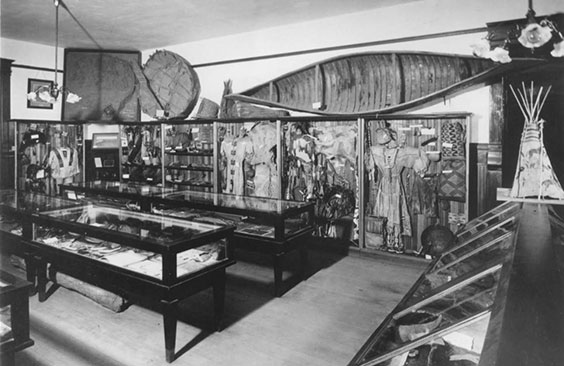 Here is the Historical Society’s first exhibit space in the basement of the North Dakota Capitol building. SHSND SA A5113-00001 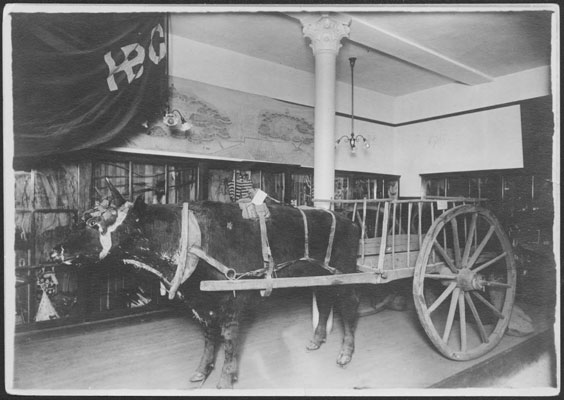 This Red River cart and ox was on exhibit in the 1950s when the Historical Society was housed in the Liberty Memorial Building. SHSND SA 00239-00101 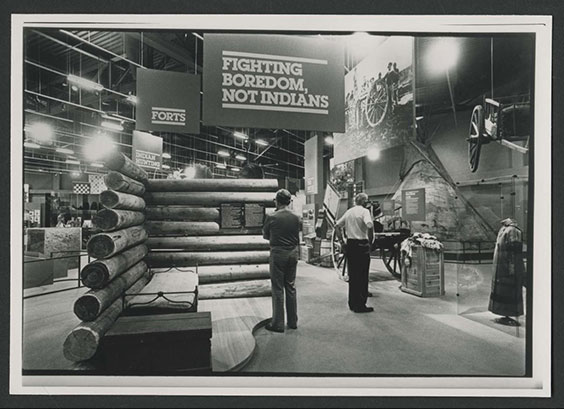 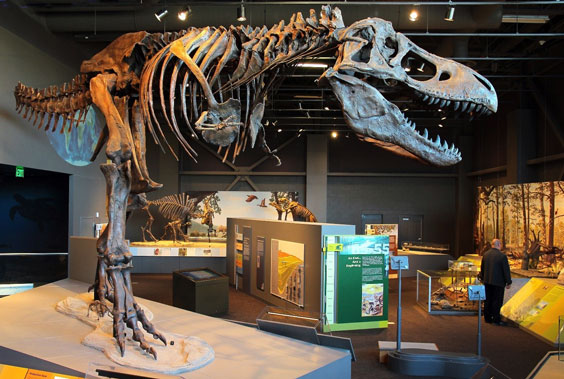 This photo was taken in the Adaptation Gallery: Geologic Time, one of the new galleries created in the North Dakota Heritage Center & State Museum as part of the 2014 expansion. SHSND SA 32141

For more information on the agency’s history and state record series holdings, check out the Archives website. And don’t forget to glance through our photo collections on Digital Horizons and SHSND Photobook for Historical Society (and other) images!