Today’s post is going to be about Mars. I’m letting you know that ahead of time, because in the past, people have needlessly freaked out when you surprised them War of the Worlds style.

H.G. Wells will do that to people.

Our agency is developing an online exhibit titled ND Night Sky. I’m taking the lead on developing this amazing project, which fits perfectly with my lifetime obsession of geeking out over anything “Space.” In one part of this exhibit, you’ll learn why Mars and North Dakota make great research buddies. In anticipation of seeing the exhibit, here are four facts about our planetary neighbor that will get you cool points.

1. Mars is tiny but feisty
In our solar system, Mercury is the only planet smaller than Mars. And while the atmosphere on Venus went into a runaway greenhouse effect, the atmosphere on Mars gave up. In what would be considered the blink of an eye in planetary timescales, Mars lost its atmosphere, rusted, and freeze-dried.

It’s OK Mars. If it makes you feel any better, we are constantly having asteroids thrown at us. Image source: NASA 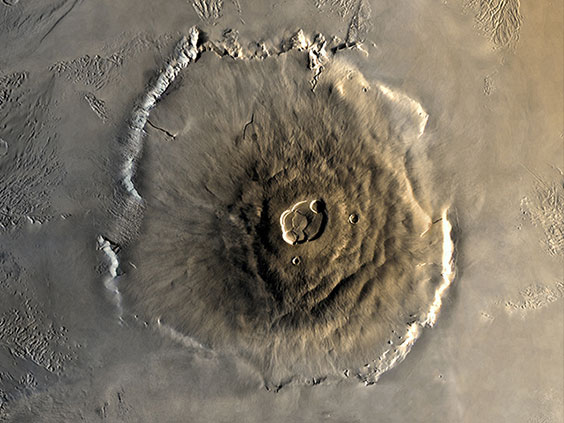 Olympus Mons, Mars. This volcano is 374mi/624km in diameter.  Or to put it another way, Olympus Mons is a volcano approximately the size of the state of Arizona. Image source: NASA

3. The trouble with triples-or why you can’t have a swimming pool on Mars
Having a swimming pool on Mars would be very tricky because of the low atmospheric pressure (1% of Earth’s), combined with the low temperatures, (a balmy summer day on the equator of Mars is still -20F) would cause the liquid water in your pool to simultaneously freeze and boil at the same time.

Your pool on the Martian surface would be a big hole with vapor or ice. We call this the “triple point” in chemistry.

Three states of matter for the price of one. Neat!

4. Nice Mars factoids, but what does it have to do with North Dakota?
Glad you asked. The tractors that go to the U.S. Antarctic Program research stations in Antarctica? Those are made in Fargo. The Inflatable Lunar Mars Analog Habitat (ILMAH) is underway at University of North Dakota, Grand Forks. You can see the NDX-1 Mars Prototype suit on display at the ND Heritage Center & State Museum in Bismarck. And the first crops tested on the International Space Station were arabidopsis and dwarf wheat.

You thought that North Dakota was isolated, rocky, and cold. Turns out, it just might be some of the best training for living on Mars. 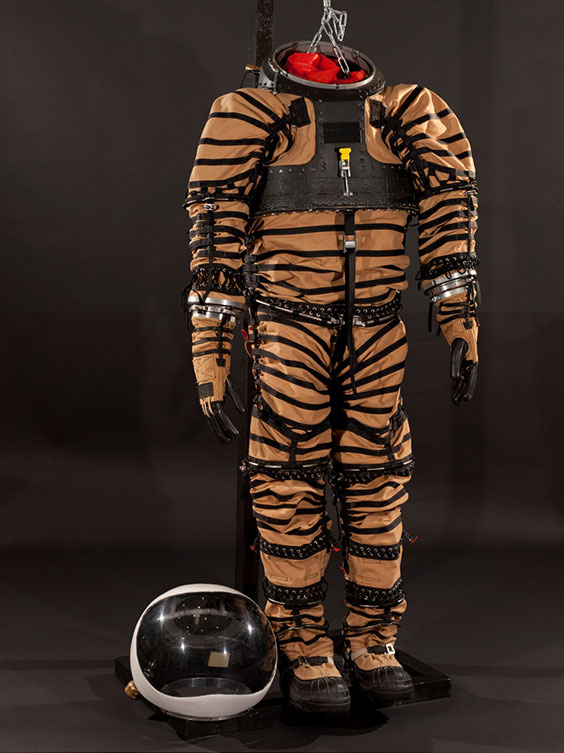 Coming soon to an internet near you!
A portion of this ND Night Sky exhibit will highlight North Dakota’s contributions to engineering, technology, and exploration and how they relate to Mars. Why? Because the sort of innovation that gets the robots (and someday humans) to Mars will have massive implications for the rest of us on Earth.

There’s much more to this exhibit than Mars. We’ll look at some Native American ties to the night sky, navigation, meteorites, and ND night sky activities you can do on any clear night. Watch for an opening date for this online exhibit. 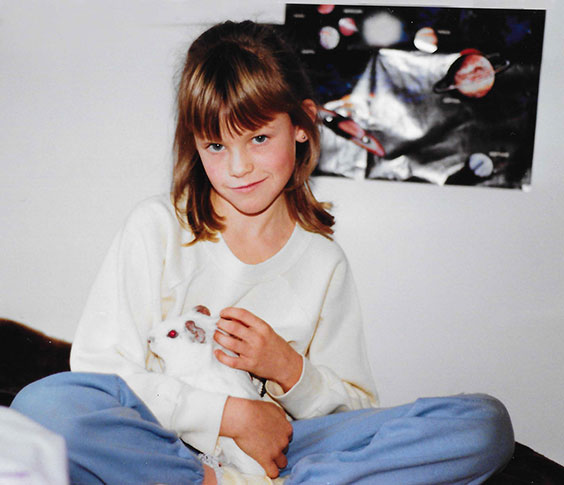 Pro tip: If you’re going to try and be “too cool to smile,” it helps if you don’t pose in front of your poster of the solar system while holding your guinea pig. I work for the State Historical Society in Bismarck by day and am old enough to know better than to stay up too late looking at the night sky but still do it anyway.