Ninety years ago, Minnesota’s Charles Lindbergh became perhaps the most famous aviator in the world when he made the first solo nonstop flight across the Atlantic Ocean. On May 20, 1927, Lindbergh took off in the Spirit of St. Louis from Roosevelt Field near New York City, and after 3,600 miles in 33.5 hours he landed near Paris to thousands of cheering people.

Lindbergh’s heroic flight thrilled people throughout the world. He was honored with awards, celebrations, and parades. President Calvin Coolidge gave Lindbergh the Congressional Medal of Honor and the Distinguished Flying Cross. To promote and encourage aviation-related research, Lindbergh, sponsored by the Daniel Guggenheim Fund, went on a three-month tour of the country in his airplane, the Spirit of St. Louis. On August 26, 1927, he landed in Fargo. 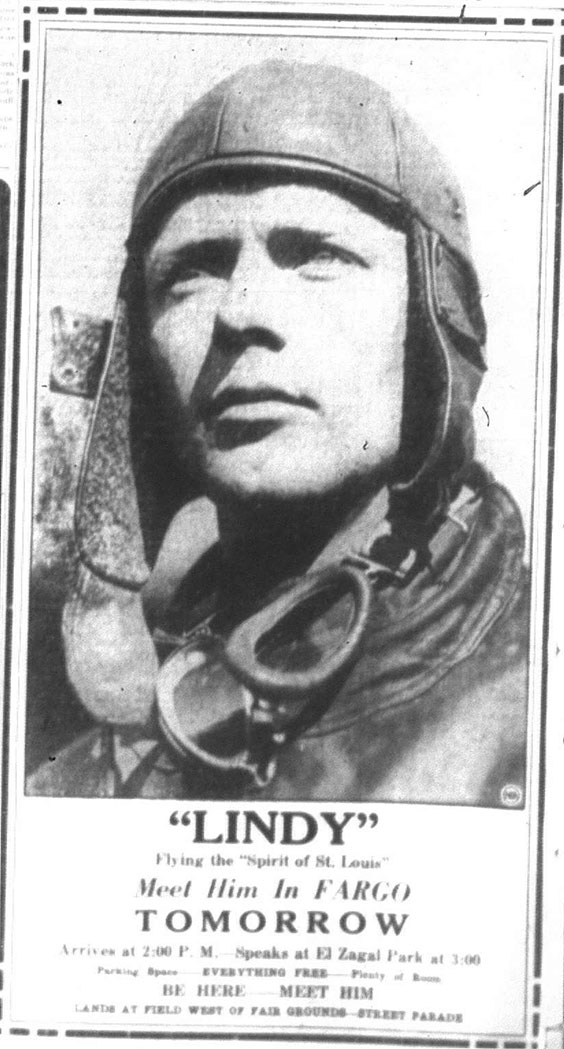 Lindbergh’s arrival to town is described in this excerpt from The Fargo Forum – August 26, 1927 Evening Edition:

He turned and twisted around the city, his plane at an altitude low enough so that many of his downtown watchers believed they could see the nation’s hero in his enclosed cab.  His flight over the city turned to the flying field, circled it in a huge sweep once, and then, evidently seeking to inspect it closer, dropped near the ground and circled it three times before ‘snaking’ his machine to the ground. 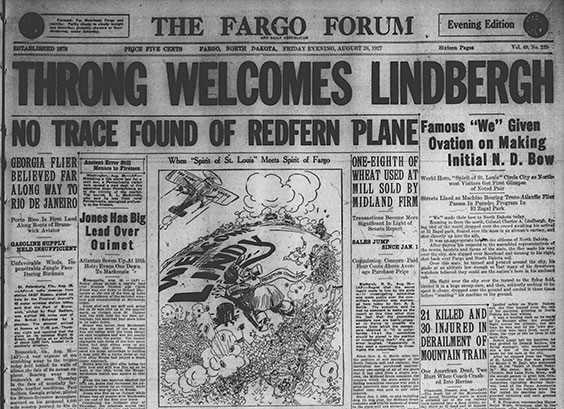 Lindbergh would spend the night in Fargo after his hero’s welcome and speech. He flew to Sioux Falls, SD, the next day.