Extensive bank erosion since the 2011 flood has seriously impacted an important state historical site managed by our agency (blog.statemuseum.nd.gov/blog/saving-double-ditch). After a long process to determine possible alternatives for funding and a stabilization plan, we’re relieved to have the engineering work begin.

Situated on the east bank of the Missouri River nine miles north of Bismarck, Double Ditch Indian Village State Historic Site is one of the best preserved examples of an earthlodge village on the northern plains. The site was a regional trading center occupied for nearly 300 years (AD 1490-1785) by the Mandan people. At its peak the population of Double Ditch has been estimated to have been 2,000 or more people, with a richly developed culture based upon agriculture and seasonal bison hunting. Due to its archaeological significance, the site is listed on the National Register of Historic Places. 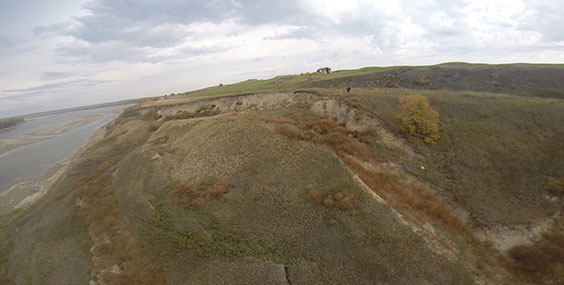 The Missouri River is powerful, perhaps never more so than when it’s in flood stage. This stretch of the river lies between the Garrison and Oahe reservoirs. Those living along the Missouri know this firsthand, as we’ve seen rising floodwaters on more than one occasion impact lives, property, and cultural and natural resources.

Double Ditch Indian Village State Historic Site was unable to escape the effects of the Missouri River’s catastrophic flooding in 2011. Large sections of the river terrace edge shifted in a process called rotational erosion. Rotational erosion simply means that large blocks of sediment at the site were rotating and shifting as slumping occurred along the river bank. This erosional process destabilized the bank and threatened a portion of the site, including parts of the public walkway/bicycle path. 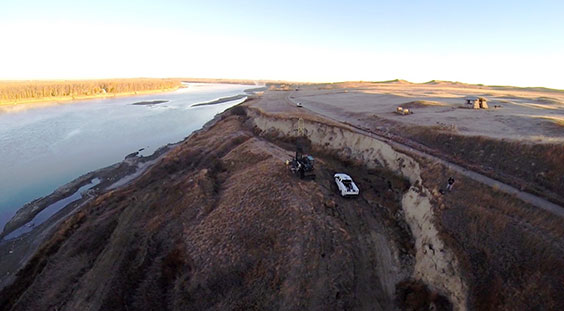 To make matters even worse, the active erosion at Double Ditch has continued in an area known to contain human burials. Since 2013, 18 burials have been disinterred at the site as a result of this erosion. Because Double Ditch village was occupied for 300 years by thousands of people, more burials would be disturbed if erosion continued. 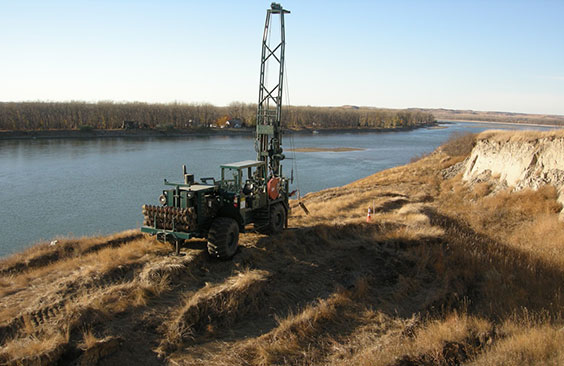 A geotechnical study performed in October 2015 confirmed that the erosion was a result of the 2011 flood. The study further determined that the existing threat to the site was even more extensive than originally thought. A new crack was developing below the surface, with the potential to progress 400 feet into the heart of Double Ditch Village. Left unaddressed, this newly identified erosional fault could be catastrophic, causing twelve acres (half of the site) to be lost. 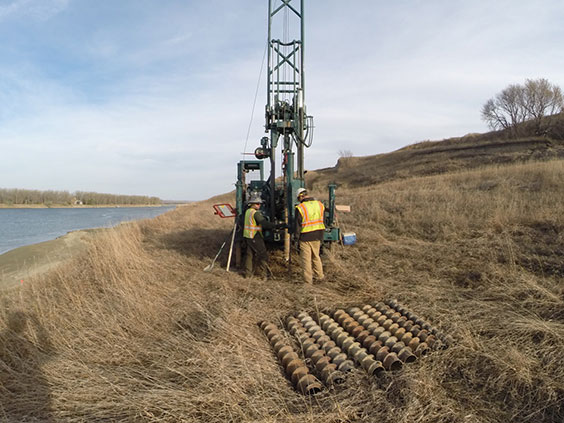 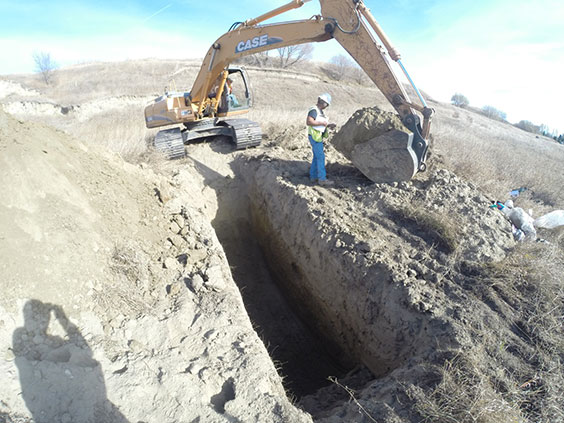 As the engineering plan was being developed in 2016, the project faced delays from a challenging permitting process. Thanks to the North Dakota Legislative Assembly, project funding not able to be used during the last legislative session was carried over into this biennium. We’re also grateful to tribal members from the Mandan, Hidatsa, and Arikara Nation and other groups and individuals who supported efforts to keep this critical project moving forward. 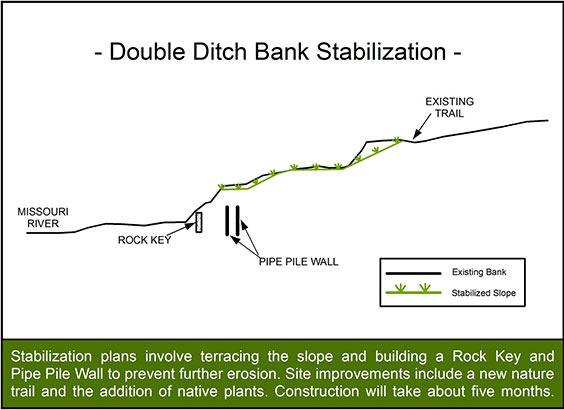 Various geotechnical studies and modeling were critical in developing plans for the bank stabilization. Ultimately the plan involved reshaping the bank by removing weight from the upslope and adding weight to the toe. The rock key/trench and pipe piles will provide mass and strength to stabilize the slope.

The riverbank will be revegetated with a variety of native grasses, forbs, shrubs, and trees. Interpretive signs will be installed along the bank highlighting natural resources. The stabilized and reshaped bank will protect the Mandan village and enhance fishing access to the river, bird/wildlife watching, and provide a non-motorized landing for kayaks and canoes. In addition, this will prove a safe walking/bicycle trail. 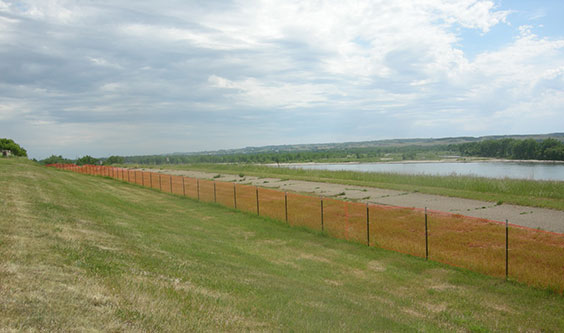 As of the date of this blog, the bank stabilization at Double Ditch Indian Village State Historic Site is anticipated to begin in late June. Construction should be completed in about five months. We’ll keep readers informed in this blog as the project progresses.

*Fern Swenson, Director of Archaeology and Historic Preservation, and Kim Jondahl, Director of Communications and Education, were contributing authors to this post.