Frequently, I tell my friends, coworkers, and family that I have one of the most important jobs in the world. As head of reference services at the State Archives, I help connect people to the past, historically and also genealogically.

You may know a genealogist. They may have even been a regular person at one point in their life. Then they tasted that sweet drink of knowing their own roots, finding family secrets, and unlocking their own (and everyone else’s) direct past through the use of obituaries, photographs, census records, biographies, and more. They are the person who drags their family to archives, libraries, and cemeteries whenever they go anywhere on vacation. After tasting that drink, they can’t go back, so now they are the keeper of secrets for their family (and any other family they get interested in).

My family’s genealogist is my mother, and because of her I know all sorts of things about my family and every person who happens to accidentally fall into one of our large ancestral families, which, by the way, is all-consuming in North Dakota. It’s a big state, so I’m probably only connected to half of it. The Germans from Russia half, of course. 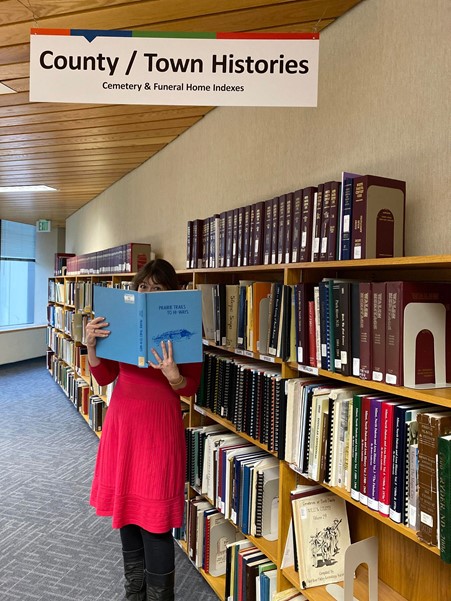 Despite my best efforts, I have inherited my mother’s insidious genealogy genes. I use this interest in family history to help others do their own family history research.

When I was younger, I never thought that I would end up helping others fall down the rabbit hole of family history research—but I did, and I love it. Because, again, this is one of the most important jobs in the world. And if you don’t believe me, look at the evidence! Family is all around us—from Luke Skywalker learning that his father is Darth Vader in “Star Wars” to people begetting people in the Bible to King Henry VIII and all the royals. Our families define us, our culture, and our history.

I recently revisited one of my favorite fictional accounts of the importance of family history: “A Swiftly Tilting Planet” by Madeleine L’Engle. After taking a brief, limited survey of some of the people I know, I feel confident in stating that you likely haven’t heard of this book, part of L’Engle’s Time Quintet series, but I am sure you have heard of the first in the series, “A Wrinkle in Time.” I read “A Wrinkle in Time” in elementary school, and I absolutely loved it. Much later in life when I learned that there were sequels, I was excited to read them as well. All are in the fantasy/science fiction genre.

In “A Swiftly Tilting Planet,” Meg Murry, who was the slightly unconfident, ugly duckling lead character in “A Wrinkle in Time,” has matured and married her childhood sweetheart Calvin O’Keefe, who also starred in the first book and who does not get enough “airtime” in this book.

Readers of the first book will already know that Calvin’s family life as a child was not the best. He was kind and smart, but the rest of his siblings were hard and constantly in trouble. His father was mean and his mother detached. Calvin was an outlier. Meg’s scientifically minded family is quirky, fun, and different; her mother is known for cooking meals in her lab over her Bunsen burner, her father studies the science of time, and she and her siblings are all smart in their own way and all very loved.

While Calvin is presenting at a conference in Britain, a very pregnant Meg is celebrating Thanksgiving with her family. Calvin’s mother, Mrs. O’Keefe, has joined the family and is there when the president of the United States calls (it makes sense in the book) and tells Meg’s father that a dictator, Mad Dog Branzillo, is threatening nuclear war.

At this news, surprisingly, Mrs. O’Keefe lays a charge on Charles Wallace, Meg’s youngest brother who is also the most intuitive, to save the world.

After this, Charles Wallace ends up meeting a unicorn (again, it makes sense) who allows him to travel through time, despite mainly staying in one location, in one “where.” In this way, Charles Wallace is able to experience the struggles, connections, and history of multiple generations of one family as he attempts to prevent war by changing the timeline.

I don’t want to ruin the ending, since you will all want to go and read this book immediately, but ancestry is very important to this story. So is the journey to learning this interconnected family history, despite being rife with hardships.

Charles Wallace does not get to look up names in a computer to easily discover who is connected to whom, or what is about to happen to these families. However, he does learn through first-hand experiences. He also eventually gets access to letters from the family (discovered in somebody’s attic, of course) as well as a book that tells important details about the history of the family. 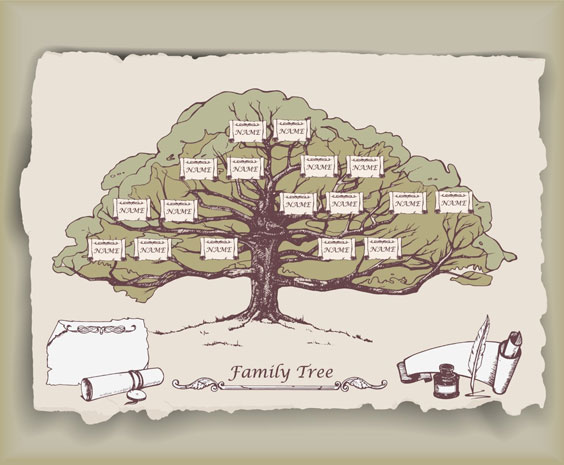 Oh, the places a little genealogical research can take you.

Though his fantastic journey is probably a genealogist’s dream come true (who wouldn’t want to travel through time with a unicorn?), it is also (much like genealogical research) fraught with unknowing, anguish, and frustrations. Our patrons can’t just come into the State Archives and find everything they want by entering a family name into some amazing, magical database. Researchers must pick through whatever they can find to learn the details of a family’s history, which sometimes are very limited. A marriage license here, a death notice there, and a lot of luck may lead them to their quarry.

In the end, Charles Wallace does save the world (sorry to ruin that portion of the ending for you) by finding the “correct” timeline for one family to trace down. We will ignore the nature versus nurture discussions that could occur here and jump right into the crux of the situation—Charles Wallace has discovered how connected we all are through his journey through time.

Our tagline at the State Historical Society of North Dakota is “History for everyone.” I think we can also add, “Everyone’s history matters.” Genealogy may not be of interest to everyone—and I’ll say it—not knowing your ancestry does not mean that you are necessarily lost in this world. But everyone has a story, and that story interacts with everyone else’s story, and we are all more connected than we even realize. Every person, every place, every “where,” and every “when” connects in our shared history.