In 2017 we received Christmas ornaments from the North Dakota Former Governor’s Residence. The ornaments were gifts from local chapters of the Germans from Russia Heritage Society of North Dakota, Three Crowns Swedish American Association, Sons of Norway, and the Ukrainian Cultural Institute. Starting in 1985, different ethnic-themed Christmas trees were decorated at the residence as each year another group donated ornaments. I have mostly English ancestry and I am not a native North Dakotan, so I was a bit confused by some of the ornaments. A dala horse, stave church, or rosemaled coffeepot with “God Jul” (Merry Christmas) I could understand. 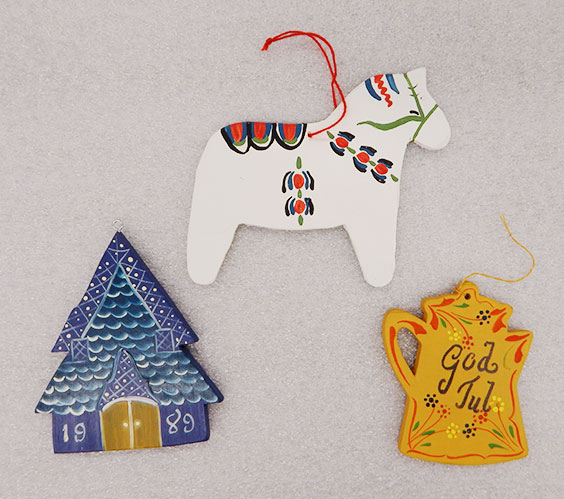 But what is a tomte, and why were they on the tree? What was up with goat- and pig-shaped ornaments? Why would the Ukrainians put a spider’s web on the tree, or the Norwegians a stabbur (storehouse)? These just didn’t make sense to me, until I did my homework. 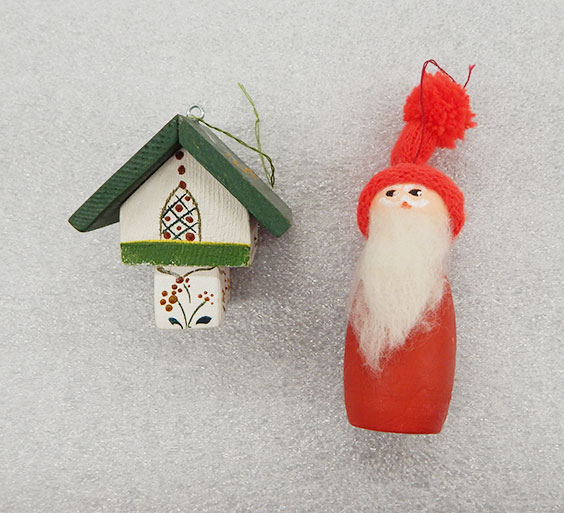 The tomte and the stabbur are related. The Swedes (tomte) and Norwegians (nisse) have similar stories of a small creature with a long white beard wearing a brightly colored conical cap living in the storehouse, or stabbur, on a farm. If the farmer and his family treated the tomte well, it protected the farm and the items stored in the stabbur. If they were bad farmers or were not good to the tomte, it would pull small pranks or even ruin the farm as punishment. Every Christmas Eve, a bowl of sweet porridge or porridge with butter was left for the tomte to keep it happy. Now the tomte figure and stabbur made sense.

I am familiar with camels and sheep, even a donkey or reindeer, on Christmas trees but had never heard of pigs, goats, or spiders. I found out that in Scandinavian countries the Yule Goat might help deliver presents or could be ridden by Santa Claus instead of a sleigh. This idea can be traced back to before Christianity, when it was thought the Norse god Thor had a chariot pulled by two goats. It makes sense how the story of a Norse god with his goats could have been reimagined to be Santa Claus and a goat. 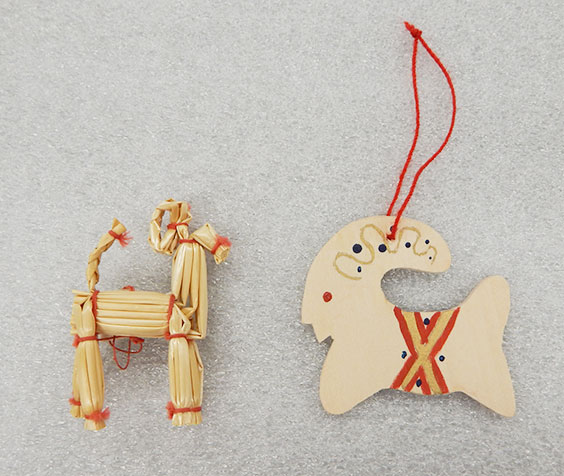 The pig is a little more complicated. In Germany, marzipan pigs are often gifted as signs of good luck for the new year. In Scandinavia, pork is an important part of the Christmas feast. It is thought that this goes back to the Old Norse religion, where the boar Saerimnir was killed and eaten every night in Valhalla, and sacrifices to the god Freyr were made for a good new year. These stories were combined and reimagined with the introduction of Christianity to become the tradition it is today. This background gave me an understanding of why there is a pig on the tree. 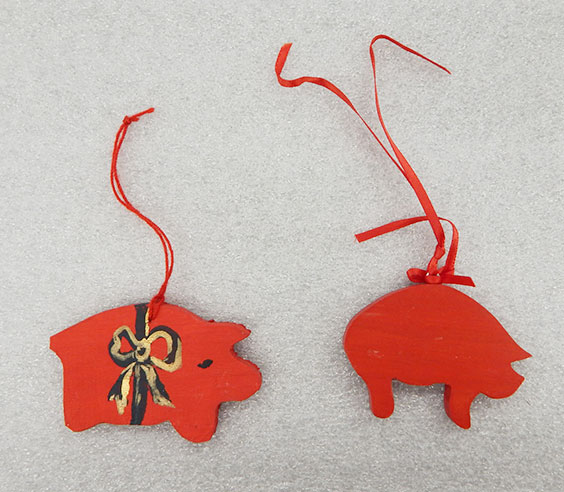 I found the spider’s web to be a lovely story. According to Ukrainian folklore, a poor family had a Christmas tree, but they had no money to decorate it. The children went to bed sad on Christmas Eve. Early the next morning, the children woke to find the tree covered in cobwebs. When the first rays of sunlight touched the spider’s webs, they turned into silver and gold, and the family was never poor again. Supposedly, this is the origin of tinsel on the Christmas tree. Also, in many European countries, spiders are thought to bring luck, and to destroy a spider’s web before the spider is safely out of the way is bad luck. 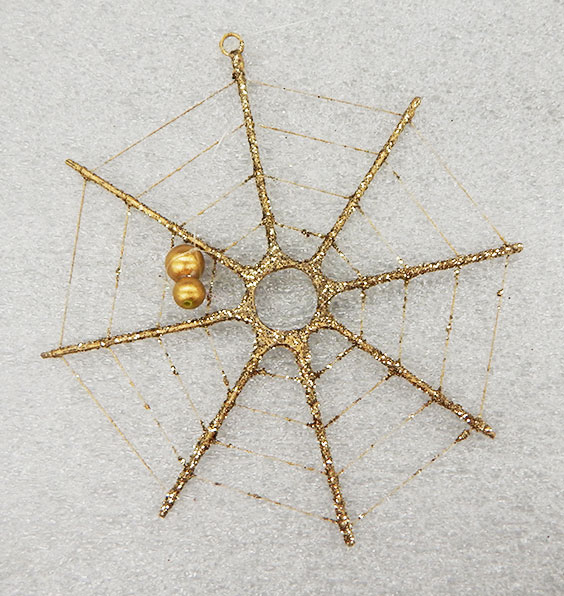 In doing a little research, I learned a lot about Christmas traditions in different cultures and now have a greater appreciation for the diverse Christmas traditions of my adopted state. If you are in Bismarck, stop by the ND Heritage Center & State Museum through Jan. 2, 2020, to view these ornaments on our Community Tree.