Did you know that the first Historical Society in Bismarck was founded by women?

Did you know the first woman to vote at a national convention for a presidential candidate was a Bismarck resident?

In 1892 Slaughter attended the Populist Party convention, becoming the first woman to vote in a national convention for a presidential candidate.

Wow! Linda Slaughter sounds incredible! Who was she?

Linda Warfel Slaughter was an impressive pioneer, with a unique and effective blend of determination, vision, strength and character. Throughout her life, Slaughter accomplished many firsts: she was the first teacher, the first superintendent of schools in Burleigh County (which made her the first woman elected to office), and the first postmistress of Bismarck (in fact, the law was changed in 1874 to permit married women to occupy the position of postmaster). Slaughter started the first Sunday school from her home (a tent) in 1872, and opened the Bismarck Academy the following year, which became the first public school in Bismarck. In 1881, she crafted a bill, creating a Board of Education. 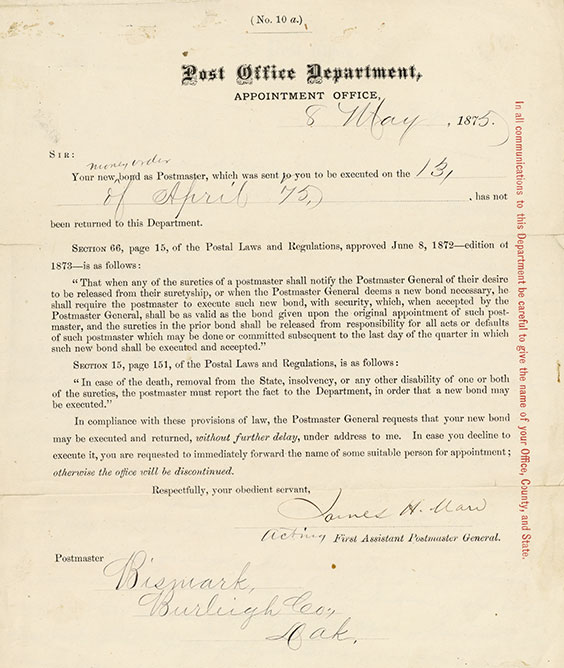 An accomplished historian, poet, and songwriter, Slaughter published widely. Her serial, "Fortress to Farm," depicted life on the frontier post at Fort Rice, her family's arrival at Carleton City (the river landing below what is now Bismarck), the beginning of Edwinton, Dakota Territory, and the expansion of Bismarck. She served as a Washington correspondent for several years for the Bismarck Tribune. During that time, she developed a close friendship with Susan B. Anthony. Throughout her writing career, Linda Slaughter published everything from historical articles to parodies, poems, eulogies, and political serials. Slaughter wrote the words to the North Dakota state song in 1902. 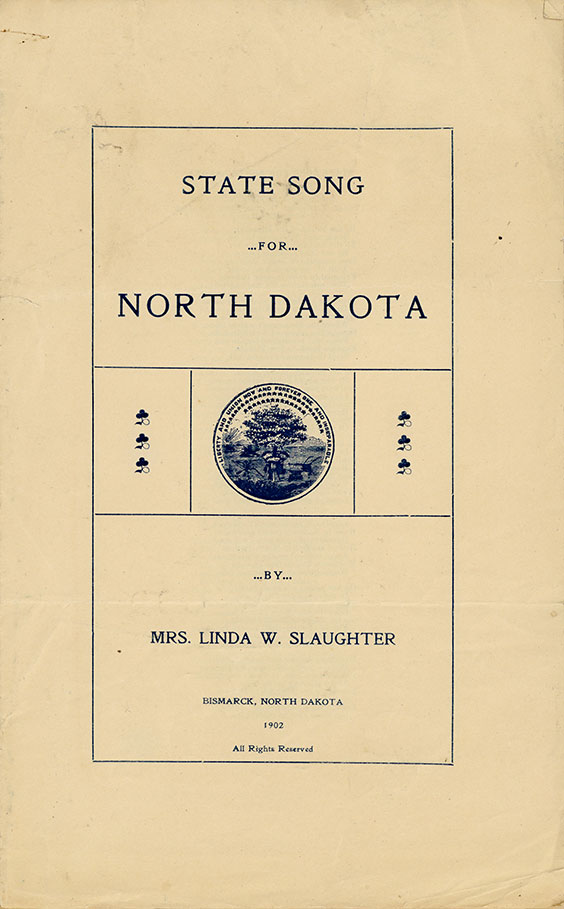 Slaughter was a charter member of The Daughters of the American Revolution, and held office in the National Women's Suffrage Association (serving as state vice-president in 1888 and as a member of the executive committee in 1889). She was involved in the creation of the Bismarck Women's Christian Temperance Union and served as its first president. Slaughter was admitted to the bar in Washington, D.C., in 1895.

Given the importance of Linda Slaughter to the founding and development of Bismarck, we were thrilled to add additional papers to the collection of Linda (Warfel) and Benjamin Slaughter Family (MSS 10003) in 2018. The additions to the collection I am most excited about are more of Linda's correspondence records and family photographs. 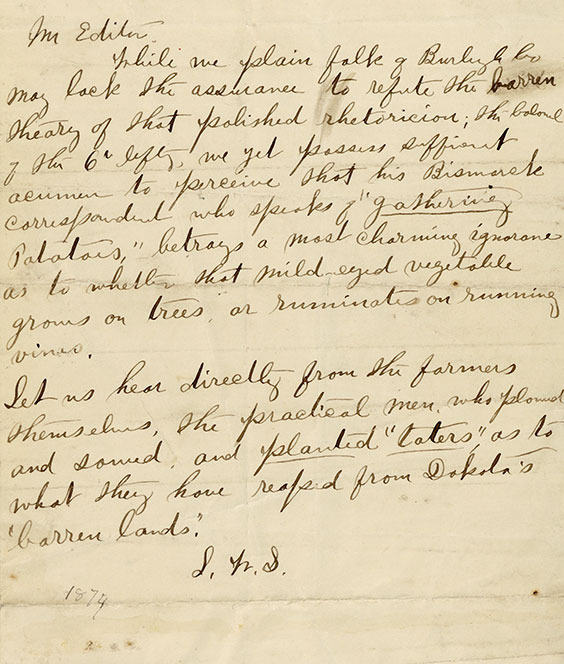 This letter to an unidentified editor is a great example of Slaughter's correspondence style. Slaughter was a truth-teller:  she knew the facts, had the skill to relay them effectively, and the courage to educate those who were misinformed. 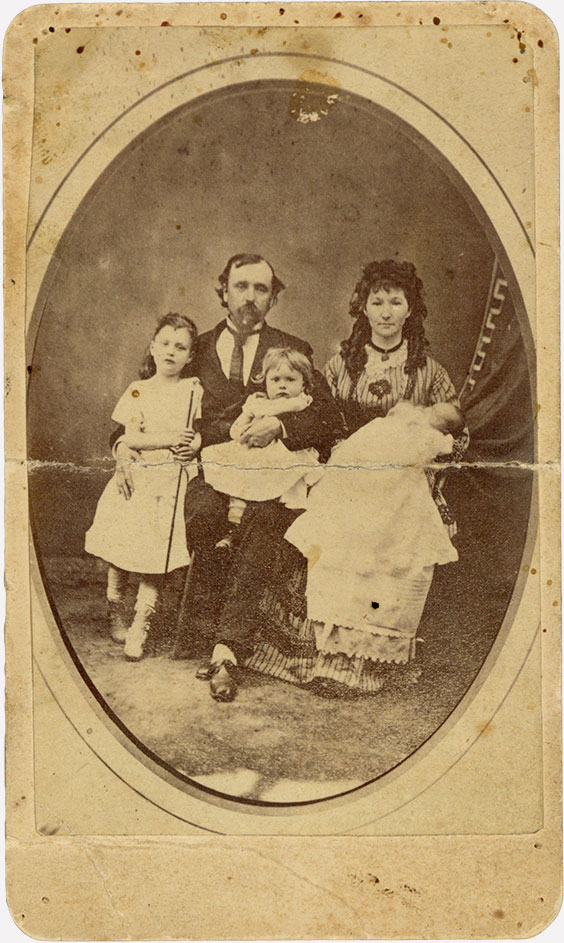 If you are interested in learning more about Linda Slaughter, feel free to come and read her writing at the State Archives. There are also a lot of excellent articles online. Of special note are resources created by the North Dakota Studies program at the State Historical Society of North Dakota.