Not long ago, I listened to a woman describe how she ended up with a school bell in her yard from Sanish, a town that vanished beneath the waters of the Garrison Dam in the 1950s. I listened as a woman described how she and her twin, born prematurely in the 1920s, flourished because of a doctor who put them in a cigar box in the stove to incubate. One man described what it was like to see Earth from space. Another man, in the National Guard, described the feeling of dead weight he would always remember from carrying a fallen comrade in Afghanistan, while yet another man told me about flying helicopters in Vietnam.

Although we do not have one position here designated for doing so, as time allows, I conduct and collect oral histories to be stored in the archives. It’s truly a privilege. These stories, all from people connected to North Dakota in one way or another, are often very personal histories. They are sharing these stories—some good, some bad—with a stranger, and with future generations. At first when I meet with them, they are hesitant, often nervous, and often unsure of what to expect. By the end, we are friends, even family. 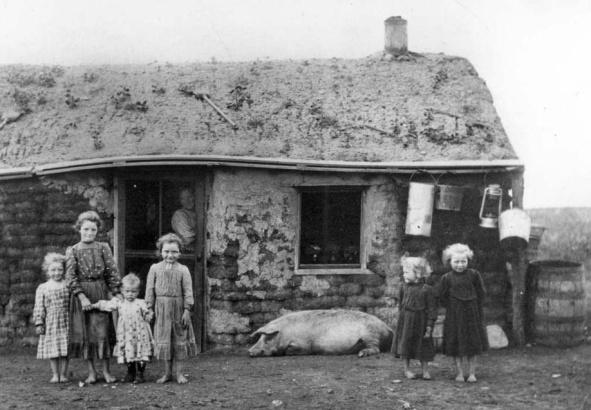 This photo, of the Nitschke family in front of a sod house in the Jud area, was donated as part of one of our major oral history collections from the 1970s. This image accompanied the oral interview from Mrs. Sibyl Hall, of Edgeley. (SHSND 0032-LM-15-63)

Everybody’s history, whether they played a big or a small role, has somehow affected someone, some place, some thing around them. We do have interviews with politicians, singers, actors, and writers, among others. However, the bulk of our oral history collections consist of the voices of settlers who built up this state, and the veterans who fought for it. This covers a great expanse o f time and very many formats. We have wax cylinders and records alongside cassettes, videos, reel-to-reels, CDs and DVDs. Some of these interviews were conducted by people like me, who worked for or through the State Historical Society, and some were by people who thought it would be interesting, were doing research for a project or paper, or who were relatives. Basically, anyone can conduct an interview…so here are a few things to keep in mind, if you decide to do one of your own!

Focus
It’s not about you. Your interviewee is the focus of your recording, and should be the primary speaker. Give them time to collect their thoughts and encourage them to speak freely and openly. Help them to orient themselves in their memories, but do your best not to color their memories with your own experiences.

Atmosphere
While you can’t control all elements of an interview, you can take precautions. You want to find a quiet place so you don’t pick up the background noises. On the flip side, make sure you’re both still comfortable.

Time
Interviews take some time. You may need to come back, or try again. It’s okay. You don’t want to exhaust yourself or your interviewee, or you won’t be able to collect the data you are hoping for. Plan on some visiting before and after (to set the interviewee at ease, and perhaps explain things).

Equipment
You will want to consider the type of equipment you will use. Remember that two microphones are better than one. If you only have one, place that one nearer to the interviewee. You want to actually be able to hear them. 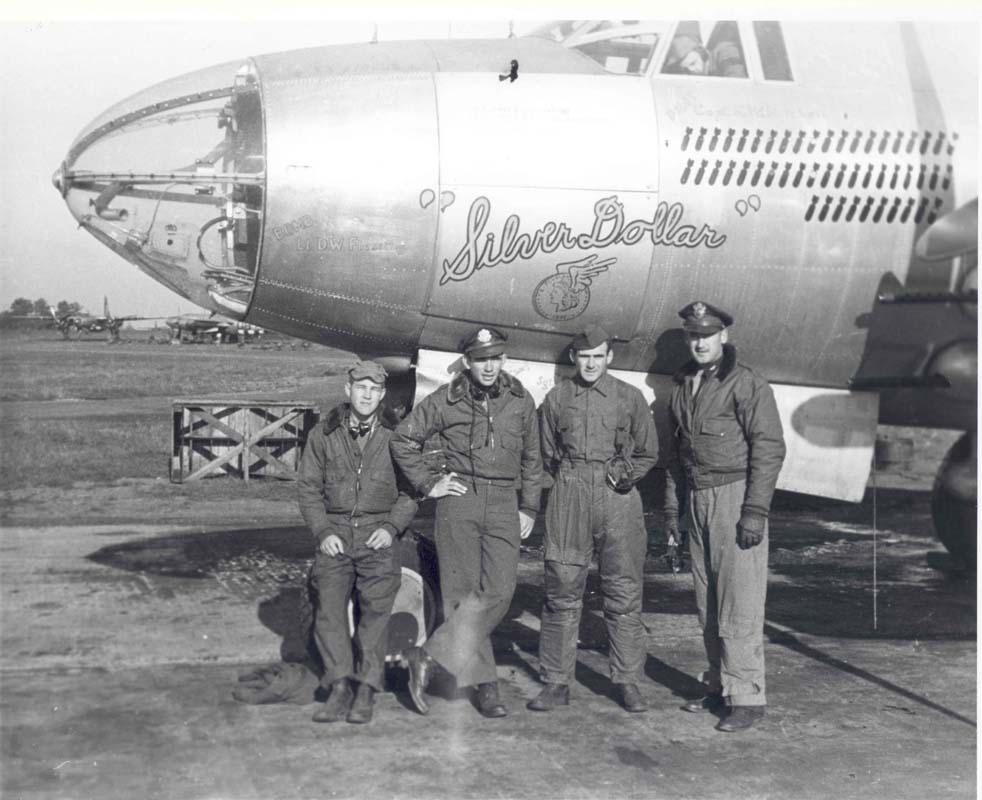 Another major collection we maintain consists of a variety of formats for different veterans: audio, video, photos, scrapbooks, manuscripts, and biographies. This image is of LeRoy “Nick” Nichols (far left), out of Dickinson; we have 8 mm film and multiple images from his time in the Air Force during WWII. (SHSND 10873-0176-12)

Preparation
You can’t prepare for everything, but you want to try. What do you want to know? You can prep as many questions as you’d like, and may still go off track, but will have a base to return to. How will the interview be used? After it’s complete, where will it go? Do you want to donate it to a historical society? You may need to have the interviewee sign permission or release forms.

Have fun!
Overall, have fun! Interviews are a great way to connect to people, and you are saving their memory for the future. Don’t stress the little stuff; do your best, and the rest will fall into place. 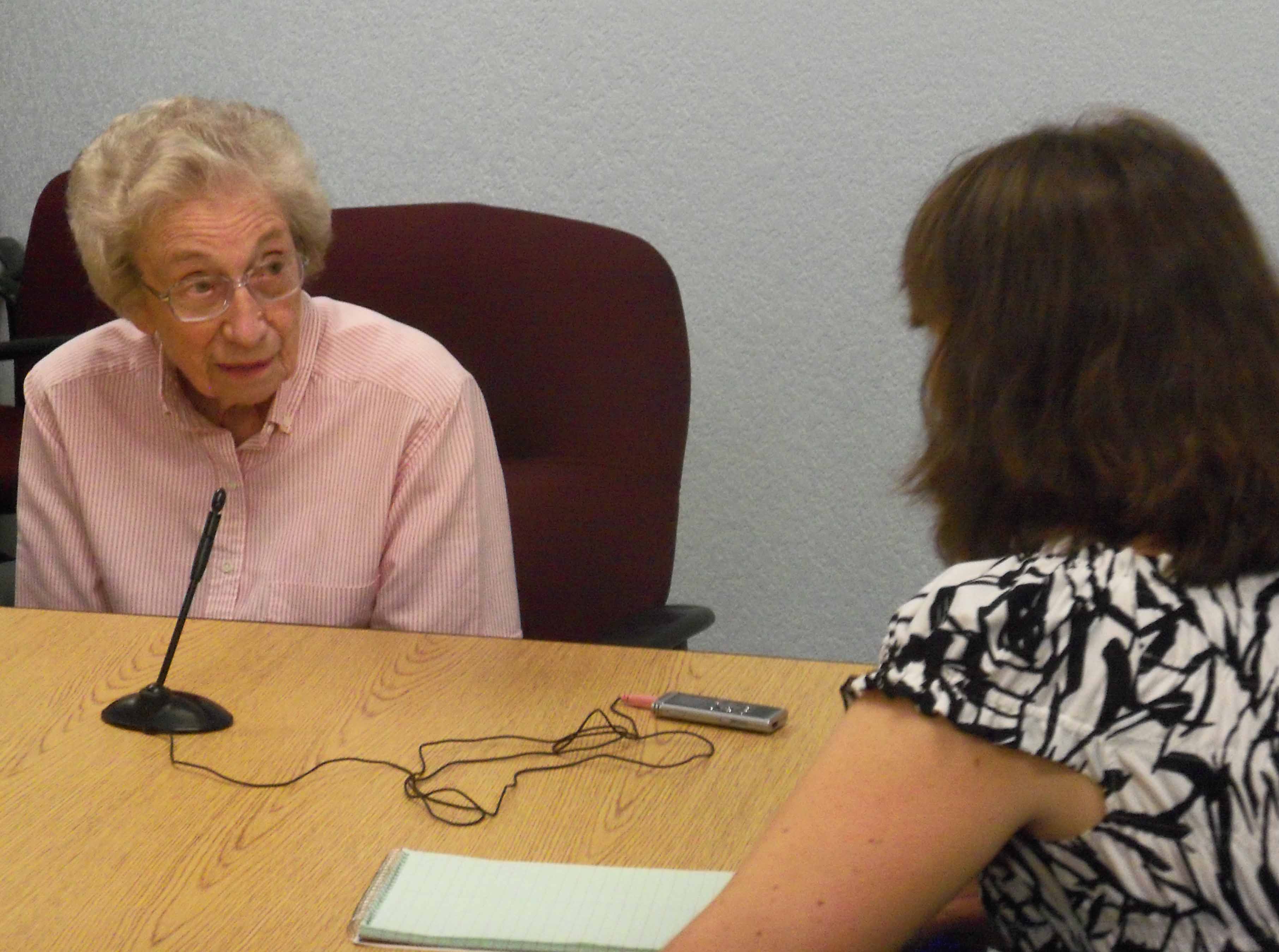 I conducted a quick, unplanned interview with one of our longtime volunteers, Lillian Wilson, who is a war bride from England. She allowed me to tape and post part of our brief conversation. Since it was specifically for this, it is edited slightly for this format and posting, although that is not something I do with my interviews. You can see the equipment I like to use—a standalone mic (which is multidirectional, by the way), and a digital audio recorder. Note that I still place the mic in front of her! Listen to the interview!