In December of 2014, I had the opportunity to write a guest blog for the State Historical Society. In that blog, I mentioned the volunteers and archaeology enthusiasts (like me) who gather at the ND Heritage Center archaeology lab on Wednesday afternoons to sort and quantify artifacts. 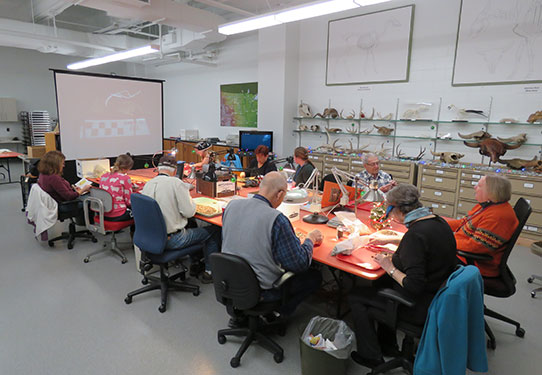 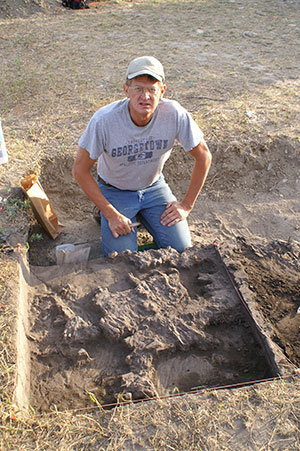 A question that volunteers ask from time to time regards the importance placed on their activities and what happens to the sorted and quantified artifacts when they are done. I worked on a major sorting project during winter 2006-2007 and pondered those very questions. I would like to give a personal example of what happens to the sorted material.

During summer 2006, a major (actually “world-class”) archaeological project was conducted at a site called Beacon Island in northwestern North Dakota. PaleoCultural Research Group was the lead institution for the research project, and the field director originally from France. Other team members were from Germany, Florida, the University of Chicago, archaeologists from the State Historical Society of North Dakota, and others. I was fortunate enough to participate in one of the four nine-day sessions. 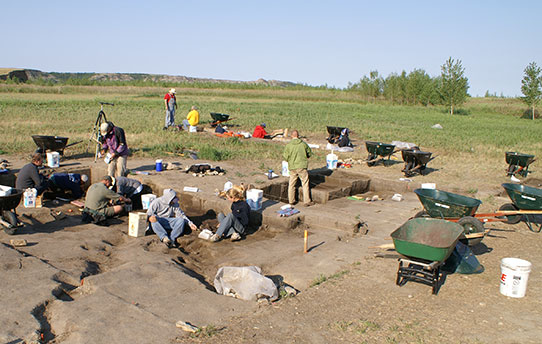 When the excavation was completed in August 2006, all of the artifacts recovered, as well as the water screened debris, were transferred to the State Historical Society. The winter of 2006-2007 was spent sorting and quantifying that “debris.”

“Debris” sounds like something that is quickly discarded. That is far from the truth. When we finished each small part of the large project, our sorting trays would hold neat piles of bone fragments, stone flaking debris, fire-cracked rock, small aquatic shells, charcoal fragments, and other material. Upon completion of the sorting project, all of the neat, distinct piles were consolidated and sent off to the experts who specialize in the analysis of bone, shell, stone, charcoal, and other materials.

The final report was delivered in August 2012. The report, titled “Agate Basin Archaeology at Beacon Island, North Dakota,” was edited by Dr. Mark D. Mitchell of the PaleoCultural Research Group of Denver, Colorado. The 277-page report details every aspect of that world- class project.

To summarize the report:

In early to mid-winter of a day ca. 12,000 years before the present time, a group of PaleoIndians (ancestors to modern Native Americans) surrounded a small kettle basin in what is now northwestern North Dakota. That day, they killed and butchered at least 29 Bison antiquus, ancestors to the modern species of bison. After the kill, they butchered the animals, preparing some of the forelimbs and hind limbs for transport to a secondary processing camp. At the same time, they refurbished some of their stone tools. Fires were built to prepare some of the bison meat for consumption at the site. They then departed the area.

How can archaeologists determine:

Space on this blog will not permit detailed answers to these and many other questions.

You can, however, find the answers to these questions at the ND Heritage Center & State Museum. A prominent display in the Innovation Gallery: Early Peoples is devoted to Beacon Island; it features a Bison antiquus skeleton, artifacts recovered from the site, and a large, detailed painting of the site. 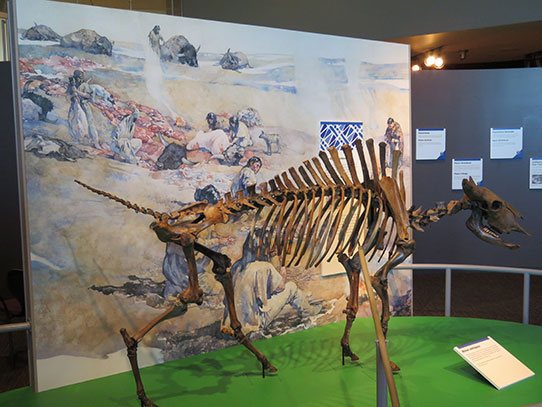 So, back to the original question - why is the work of the volunteers in the archaeology lab important? Because without their painstaking work, the small pieces to a very large mystery could not be assembled. By combining the detailed information obtained from sorting and quantifying the “debris” with the larger artifacts obtained from the site, the story can be reconstructed by archaeology professionals, and an exhibit can be created depicting that event.

Visit the Beacon Island exhibit at the ND Heritage Center & State Museum to discover the answers to a 12,000-year-old mystery!