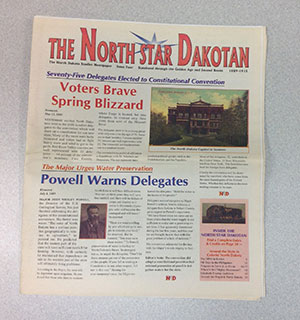 At a time when there were few curricular materials available for the study of North Dakota history, the Humanities Council filled the gap with the North Star Dakotan. Each edition covered a period of time from the time of the dinosaurs to 1972. Teachers used the North Star Dakotan in their classrooms with a good response from the students. Today, the previous five editions can be found online at ndstudies.gov. 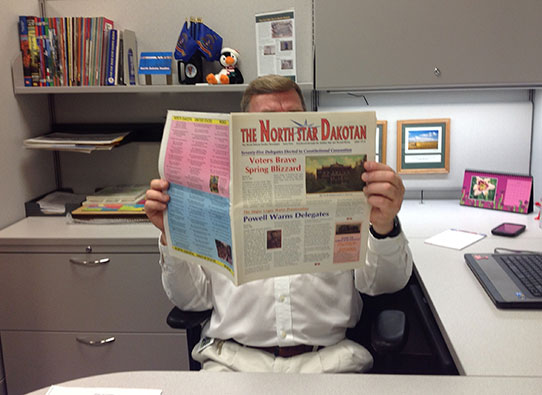 The NSD will include articles on politics, agriculture, sports, social, and cultural events. For instance, the sport pages will cover North Dakota State’s and University of North Dakota’s transition to Division 1 of the NCAA. One article will cover how Title IX of the United States Education Amendments of 1972 impacted high school girls’ sports. Of course, the oil business will be a major article with headlines on the “front page.”

The North Star Dakotan will be published online saving the cost of paper and postage. An online publication corresponds to the use of electronically-delivered materials in most North Dakota classrooms. Of course, that means that the NSD will be available to all readers, everywhere, at any time. Will wonders ever cease?