It’s been over a year since our last post about the use of unmanned aerial vehicles (UAVs), or drones, by State Historical Society of North Dakota archaeologists. So I thought it would be a good time to provide some historical perspective about the agency’s use of UAVs since we began flying them in 2014 and give an update on our use of UAVs over this past year. 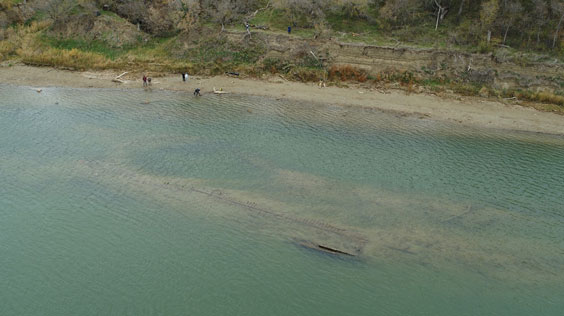 State Historical Society archaeologists recently used a UAV to document the location and state of preservation of the wreck of the steamboat Abner O’Neal. In July 1892, the steamboat struck a submerged rock in the Missouri River and sank while traveling between Washburn and Mandan.

Archaeologists from the State Historical Society use UAV technology in support of our agency’s mission to “identify, preserve, interpret, and promote the heritage of North Dakota and its people.” So far the vast majority of our UAV flights have been to document and map archaeological sites, state historic sites, or to highlight other historic preservation concerns using the unique aerial perspective provided by a UAV. 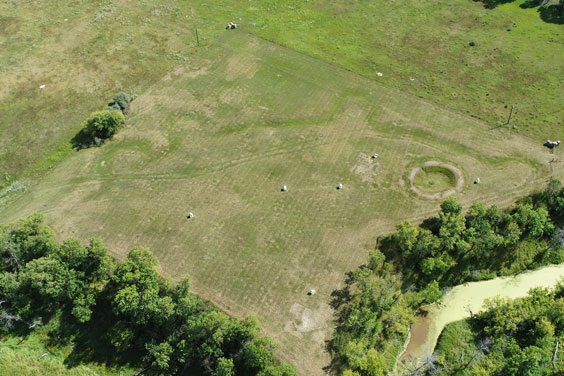 A defensive ditch system and areas of prior archaeological excavation are visible in this aerial image of Menoken Indian Village State Historic Site located 11 miles east of Bismarck. During the early 13th century, the settlement was home to about 200 people.

All staff members piloting unmanned aerial vehicle flights on behalf of the State Historical Society are certified as remote pilots under Part 107 of the Code of Federal Regulations by the Federal Aviation Administration (FAA). I’ve been certified as a remote pilot since December 2017 and completed my two-year recertification in December 2019. I’m currently studying for another renewal and will complete those requirements later this month. A second agency staff member is also expected to receive their Part 107 certification within the next month. With more people flying UAVs than ever before, I suggest people learn more about the Part 107 remote pilot certification if they intend to operate a UAV on behalf of their employer. Conditions under which a Part 107 remote pilot must present a remote pilot certificate are outlined in the Code of Federal Regulations. 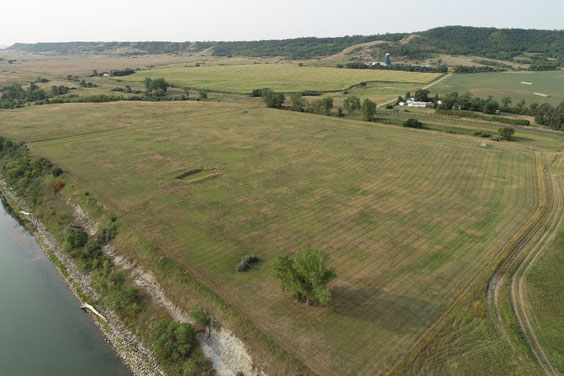 More than 100 lodge depressions, a fortification ditch system, and a central plaza are visible in this aerial image of Huff Indian Village State Historic Site, once home to about a thousand people.

I’ve written multiple blogs since 2014 about the use of UAVs by the agency’s Archaeology & Historic Preservation team to map and document various state historic sites. To date, our archaeologists have flown dozens of UAV missions, including at 10 state historic sites, three sites on land managed by other state agencies or political subdivisions, four sites located on private land, three sites on federally managed land, and one site on tribally managed land. In addition, we’ve partnered with multiple state and federal agencies, private landowners, and other researchers to safely use UAV technology in support of our mission. 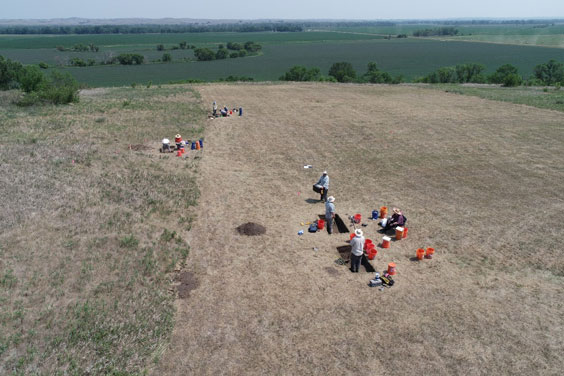 Agency archaeologists use a UAV to document excavations conducted in July 2021 by the PaleoCultural Research Group at a small earthlodge village located near Mandan, North Dakota.

Initially our focus in using UAV technology was to capture mainly oblique aerial imagery. Since 2019 we’ve expanded that focus to include highly detailed 3D surface mapping of archaeological sites using specialized camera sensors and software in a process called photogrammetry. The resulting maps provide us with detailed measurable documentation of the archaeological features present at archaeological sites. 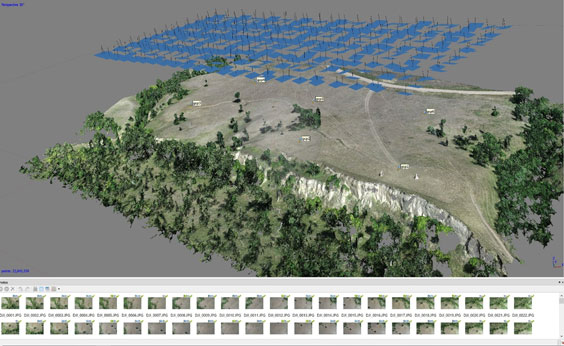 Our archaeologists used a UAV and photogrammetric software in July 2019 to process images collected at Fort Mandan Overlook State Historic Site. At top, the blue rectangles indicate the relative positions of the images collected by the UAV, while the individual images it collected are seen at the bottom of this screenshot.

We’ve also expanded our use of sophisticated sensors on the UAVs we fly. In 2014, we used a GoPro camera with a UAV purchased from a local hobby shop. Other more advanced UAV models soon followed, and they were paired with more sophisticated cameras capable of shooting high-resolution images and video. In late 2020 we began using multispectral sensors capable of recording information in spectrums not visible to the human eye. During the last few months of 2021, we’ve begun to include the use of thermal cameras within our growing UAV toolkit.

A side-by-side comparison of images produced by thermal and visible light cameras documenting ground surface conditions at an archaeological site near Mandan, North Dakota, in October 2021. Thermal images indicate the presence or absence of heat, and the tree visible in the center of these photos taken soon after sunrise has clearly begun to absorb heat from the sun.

According to an old maxim, “Change is the only constant in life.” This is certainly true when it comes to the rapidly evolving world of technology and UAVs. Keep an eye out for future blogs as we continue to document our use of UAVs in support of the agency’s mission.