The first part of the year is generally a busy time at the North Dakota State Archives because we see an influx in photograph and manuscript donations to the collections. This year was no exception. An especially noteworthy collection of 69 photographs and postcards recently came in which were collected and used by the Turtle Mountain Star newspaper (Rolla, North Dakota).

One of my favorite things about working with historic photographs is the ability to visually compare the past with the present. In this collection in particular, it is fascinating to see how businesses, technology, advertising, people, clothing and transportation have changed. 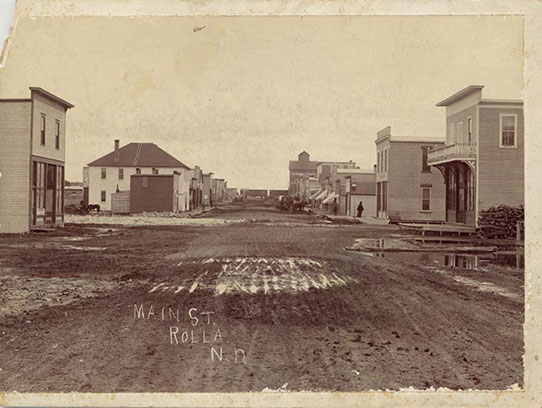 Photographs of Main Street facilitate comparison between early twentieth century Rolla and the present. This image dates from about 1900-1910 (2016-P-007-00050). 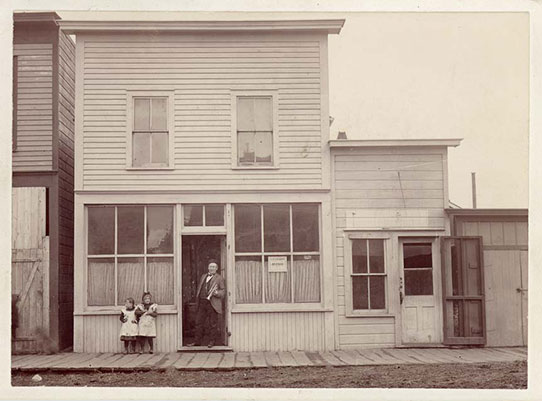 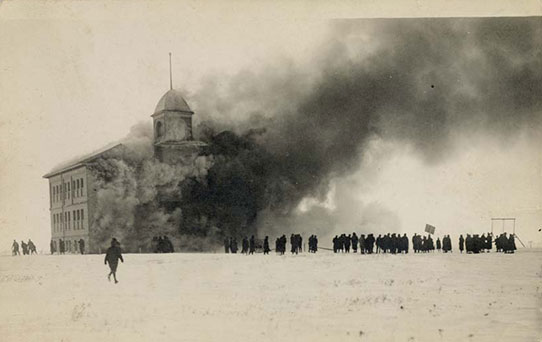 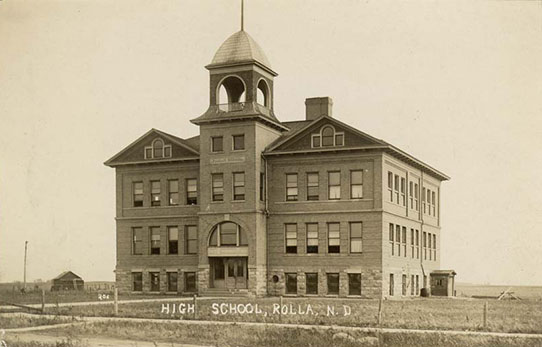 The Turtle Mountain Star began in November 1888, published by Parsons and Fritz. In 1917, the Star merged with the Rolette County Herald to form the Turtle Mountain Star and Rolette County Herald. The collection contains several early photographs of the Star office and another of the office and its workers from about the 1980s. 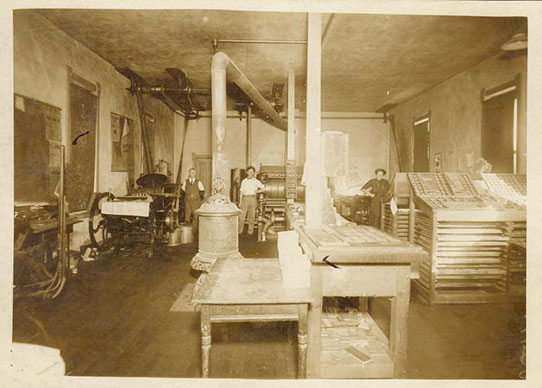 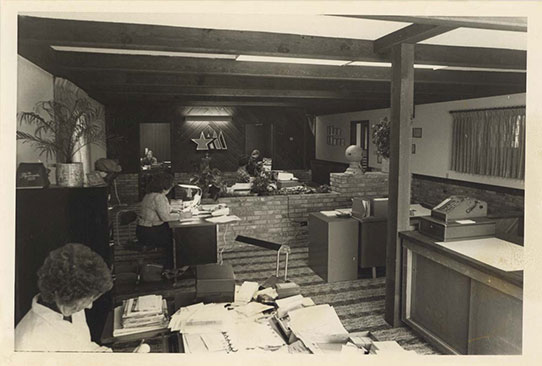 In addition to historically significant photographs, the collection stands out because of the detailed descriptions of the persons, places, and often dates depicted in the photos. This information helps us as archivists describe the images and make them accessible to researchers and the public.

The collection can be accessed in the State Archives reading room. The finding aid for the collection is available here: http://www.history.nd.gov/archives/manuscripts/inventory/2016-P-007.html. Sixty-two items from the collection have been digitized.