As a volunteer for the State Historical Society for the last 10 years and a former president of the North Dakota Archaeological Association, I have had many opportunities to write articles about the history and archaeology of Dakota Territory and North Dakota. One new project examines an attempted cross-country emigration of settlers and merchants from Minnesota to the gold fields of Montana and Idaho. A combination of bad timing, headstrong leaders, and disgruntled Native Americans would lead to its failure.

The year of 1864 was an unsettled time in Dakota Territory and the rest of the nation.

The American Civil War was still raging in the East.

Homesteaders were slowly and reluctantly returning to Minnesota and Dakota Territory after the U.S.-Dakota War of 1862.

President Abraham Lincoln was shuffling military troops in an attempt to bolster Union fighting forces and address unrest in the Midwest.

Demands were being made to assure safe passage to gold fields of Montana and Idaho. Westward expansion was being encouraged, and with it, hopefully, the nation’s gold reserves would be replenished. 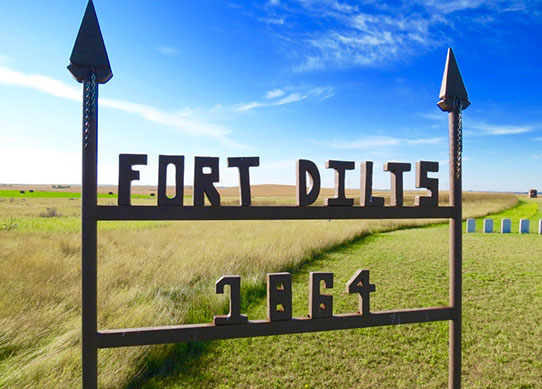 Major General John Pope at “Headquarters, Department of the Northwest” in Milwaukee, Wisconsin, had issued orders to build four forts in Dakota Territory to address Native American unrest and establish a safe route to western gold fields. General Alfred Sully was the “boots on the ground” guy tasked with both objectives. On July 7, 1864, he established the location of Fort Rice eight miles above the confluence of the Cannonball and Missouri Rivers. It would eventually be manned by former Confederate prisoners-of-war.

It was a bad time to attempt a cross-country road trip. Yet, that is exactly what James L. Fisk proposed to do. A former private in the Third Minnesota Volunteer Infantry, he had earned the reputation of being “undisciplined” and now was going to attempt a more direct, uncharted route across Dakota Territory to shave several hundred miles off the more established trail to the gold fields. Fisk had been successful in his 1862 and 1863 expeditions from Minnesota to Montana following the established route. His luck would not hold in 1864.

Fisk and 97 covered wagons and 200 men, women, and children traveled from Fort Ridgely, Minnesota, to newly established Fort Rice. His plans were to join General Sully and his troops for protection. Unfortunately, Sully had already left for his battles to the north. Undeterred, Fisk left Fort Rice on August 24, 1864, under an escort of convalescent soldiers and worn out horses.

On September 2, the wagon train was attacked by Hunkpapas under the leadership of Sitting Bull. The band was headed south to their traditional hunting grounds in hopes of replenishing their food supplies destroyed at the Battle of Killdeer Mountain. A wagon train loaded with supplies seemed to be one answer to their hunger problems.

A running skirmish ensued until the Fisk expedition circled their wagons on September 4, built a six-foot-tall earthen wall around the wagons, and hunkered down until Sully’s troops came to their rescue on September 20. 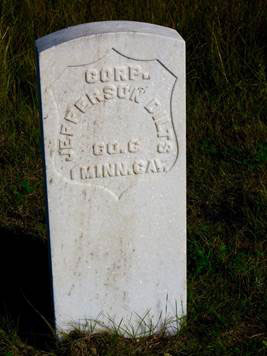 Corporal Jefferson Dilts, signal scout for the expedition, was killed during the siege. Their earthen cantonment and home for 16 long days was named Fort Dilts in honor of Corporal Dilts who was buried on the perimeter of the enclosure.

James Fisk detailed his side of the story in an official report to U.S. Adjutant General Lorenzo Thomason January 13, 1865. His handwritten, 100-page explanation of events did not, in all cases, agree with the daily diary kept by William L. Larned, expedition member and later resident of Fort Rice.

My next blog will explore Fort Dilts through the eyes of those who experienced it firsthand in September 1864.

We will review those sixteen days through the written words and stories of the participants in my next blog. 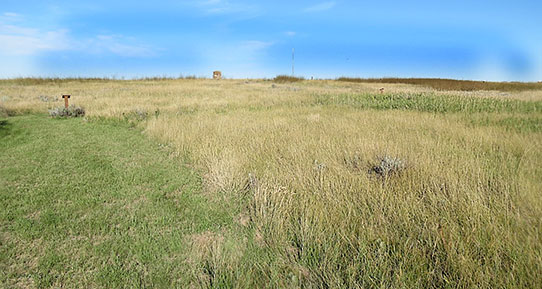