When we published the web-based curricula for North Dakota Studies including The Civil War in North Dakota and North Dakota People Living on the Land, we hoped to receive comments from readers that would lead to corrections, new approaches to organizing the material, and perhaps ideas for new sections. We thought that a web-based curriculum, unlike a paper textbook, could be easily changed and we welcomed the dialog that we might have with students and teachers.

Well, we have heard from nary a student nor a teacher. However, we have heard from a good number of readers who have been out of school for a long time. Their comments have brought smiles to our faces, but also some work that led to careful thought and corrections. The whole-community method of writing history is new and inspiring, but also a little worrisome and frightening at times. We take our responsibility to write accurate, thorough, and interesting history very seriously, but sometimes a nudge in a different direction is just what we need.

I will not reveal the names of the people who wrote, but we want to share a few of their comments with you.

A descendant of Siegmund Rothhammer wrote to tell us we had his name and some other details wrong. Rothhammer traveled to North Dakota in 1864 with General Sully. His assignment was to observe and take notes on plants, animals, soil, minerals, and climate.

Our correspondent’s email sent us on a search for the errors. Certain that I had copied his name carefully, I returned to the archival source. Indeed, my spelling matched the documents. But one cannot easily dismiss the family knowledge that our correspondent had, so I carried on. Finally, I found the source of the error. The microfilm copy of Rothhammer’s report had come to us from another state with the error already embedded. A further search in other resources confirmed the error and we made the correction. 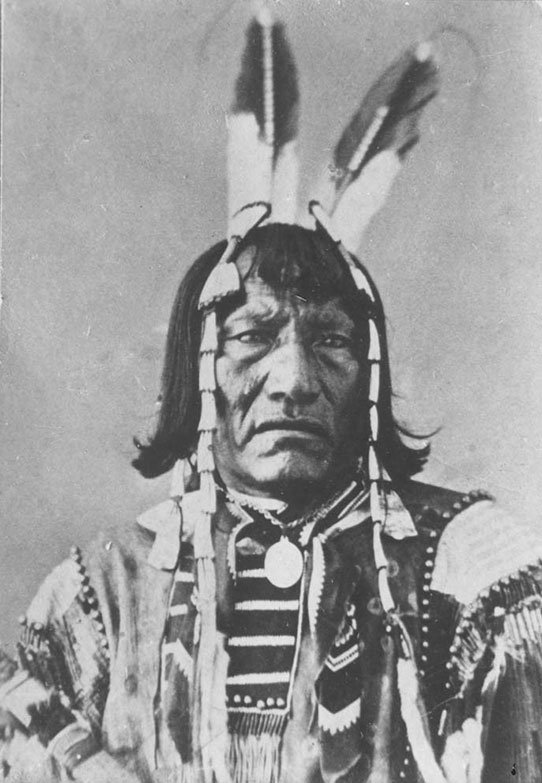 Two Bears was a Dakota leader who defended his peaceful hunting camp at Whitestone Hill in 1863.  Our Civil War piece on Whitestone Hill was criticized for calling the conflict a battle, instead of a massacre. SHSND 1952-5644a

Another comment came to us from a descendant of Two Bears who defended his hunting camp from an army attack at Whitestone Hill in 1863. This correspondent asked that we reconsider the use of the word “battle” in the title of our story about the conflict at Whitestone Hill. “Massacre” was more appropriate, he argued, and gently scolded us for this error. I agreed with him, and made the change to the website. Again, using words found in original resources had led to our error.

Some correspondents have praised these educational websites, and we are proud as peacocks when we hear from happy readers. Recently, a British woman wrote to tell us how she had found North Dakota: People Living on the Land and read through much of it. She said, “I want to thank you for such a beautifully written, informative and stimulating website.”

And that’s why we love our web-based curriculum: widely read, easily corrected.