North Dakota has been a state for 129 years. The Hiddenwood Old Settler’s Picnic has been observed for 116 of those years.

Most readers have absolutely no idea what or where the Hiddenwood Old Settler’s Picnic is, or why it has been around for more than a century. Most people from the small community of Ryder, North Dakota would have only a sketchy idea of their local picnic’s history if not for the resources of the State Historical Society of North Dakota (SHSND.)

Over the last couple of years, I have spent many hours researching the picnic’s history by reading microfilm in the State Archives. Luckily for me, The Ryder News was on the scene documenting the inception of the picnic, the shaky start, the good times and the bad times, the fascinating cast of characters, and the determination and spirit of the homesteaders at a place called Hiddenwood Lake. The Ryder News ceased publication on Sept. 9, 1943, but other area newspapers picked up the story and continued publishing highlights of this annual event. 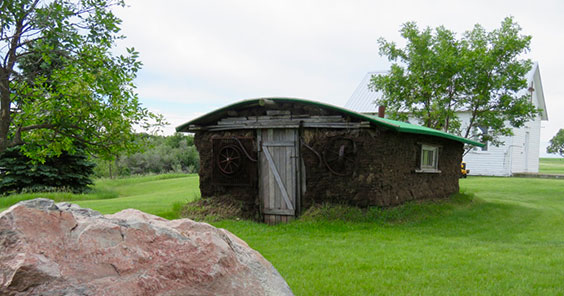 Reconstructed sod house on the Hiddenwood picnic grounds. (Constructed 1976.)
In the background is the “Hiddenwood Old Settlers Chapel,” the original church built at Hiddenwood in 1907. (2018 photo, Doug Wurtz)

Hiddenwood Lake is a small body of water about one mile in length and a half-mile in width during good years (it was completely dry in the 1930s). The lake is located 30 miles “as the crow flies” southwest of Minot, North Dakota. It is a half-mile from the farm where I was born and raised.

My earliest memories while growing up on the farm were the yearly trips to the Hiddenwood Picnic grounds for the annual get-together of friends, neighbors, assorted politicians, and entertainers. I have always said that I grew up in “Mayberry,” the fictitious community setting for two popular American television sitcoms, “The Andy Griffith Show” and “Mayberry, R.F.D.” For those of you too young to remember the show, Mayberry was the idyllic setting of simpler times and traditions that lasted from decade to decade.

My memories of the Hiddenwood Picnic have always been just that; simple, folksy, and enduring. That wasn’t always the case. 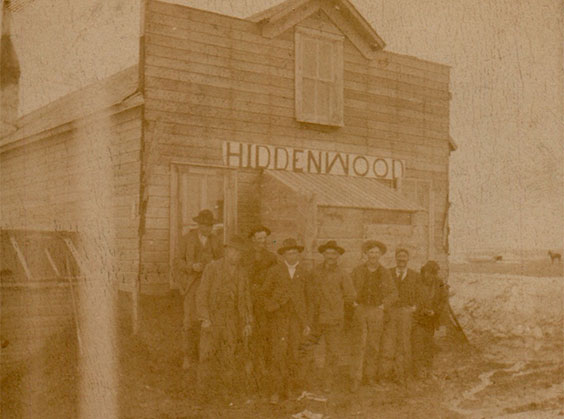 In 1903, two of the original homesteaders at Hiddenwood Lake, William W. Wright and Esten R. Williams, decided to hold a community picnic to attract other new residents of the area to the retail store they had established at Hiddenwood. The Hiddenwood Mercantile and Hotel was a brand new business on the prairie and would only be successful if it became the source of supplies for homesteaders in the area. They put out the word and their neighbors came to the first picnic. The picnic was a success--neighborly and nice. 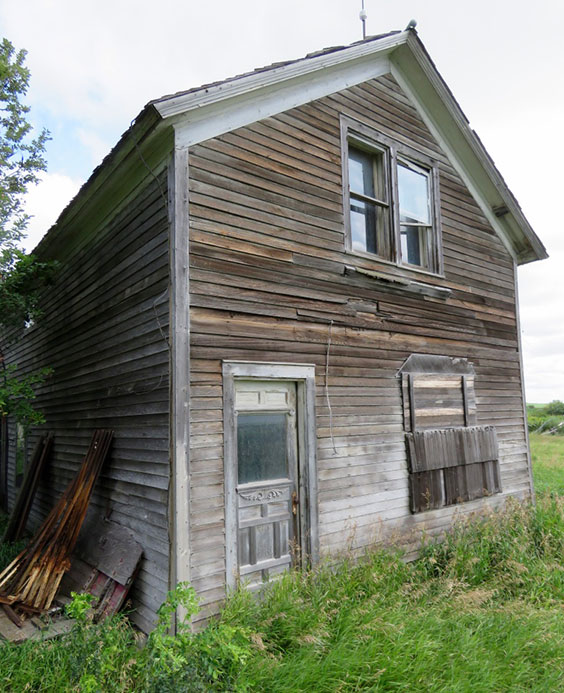 By the next year, the new store had flourished a bit and the second picnic was to be held. By that time, though, the true spirit of Williams was beginning to show. Research shows that he wasn’t just a new homesteader at Hiddenwood. He was also in business with Wright in a firm called “Williams & Wright” with offices in Minot and Hiddenwood. They were land men directing newcomers to claims around Hiddenwood Lake, undoubtedly for a profit. Business is business, but Williams was not content with just land commissions.

The second Hiddenwood Picnic in 1904 got completely out of hand, as was reported in The Ryder News on June 23, 1904:

“We have been to several bad picnics in our time but of all the picnics that we have been to, the one at Hiddenwood Monday certainly was the most rotten affair we have ever taken in. The blind pigs1 commenced doing business in the morning and did a rushing business all day…(Another fight ensued) when the old man Williams saw that his son was getting the worst of it, he ran into the house to get his revolver, saying that he would fix him, but luckily for Williams, somebody had hid the revolver, as if the old man had got his revolver there would probably have been a lynching, as somebody was looking for a rope at that time.”

Esten Williams packed up and left the county four days later. The Hiddenwood Picnic then settled into the neighborly affair that has been held every June for 116 consecutive years. There is much more to the history of the picnic. It is slowly, but surely, being pieced together one archived story at a time.

1 The term “blind pig” originated in the United States in the 19th century; it was applied to lower-class establishments that sold alcohol during prohibition. The operator of an establishment (such as a saloon or bar) would charge customers to see an attraction (such as an animal) and then serve a “complimentary” alcoholic beverage, thus circumventing the law. http://blindpigofasheville.com/about/what-is-a-blind-pig/