Sometimes the methods archaeologists use to preserve artifacts stand in stark contrast to the objects themselves. Using modern three-dimensional (3D) scanning technology to create digital models of ancient stone technology is one of those instances. This type of image capture is becoming increasingly popular in archaeology and museum labs for its relative ease of use and the affordability of commercially available scanners, not to mention the highly detailed models produced. We purchased a 3D scanner in 2011 to aid our staff and researchers in artifact analysis, and to provide the public with better access to our collections. 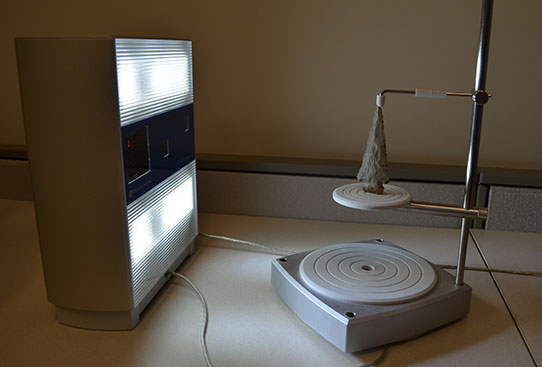 NextEngine Scanner ready to create a 3D model of a stone knife in the Archaeology and Historic Preservation division of the North Dakota Heritage Center & State Museum.

In addition to creating a digital record of an object, archaeologists and others working in cultural heritage fields can use the models to take high-resolution measurements, create exact replicas using a 3D printer, and share high-precision digital data with colleagues.

One of the benefits of digitizing artifact collections is the ability to share those objects in a way that encourages the public to interact with the past. An artifact’s minute features are captured in greater detail with a 3D scanner than with traditional digital photography. There are about 12 million objects in the state archaeology collections. Most of these will not be on display in the galleries, but with 3D scanning, anyone with an internet connection can get a behind-the-scenes look at these collections. From the comfort of your home, you can appreciate the craftsmanship of an artifact that 3D scanning brings to life. 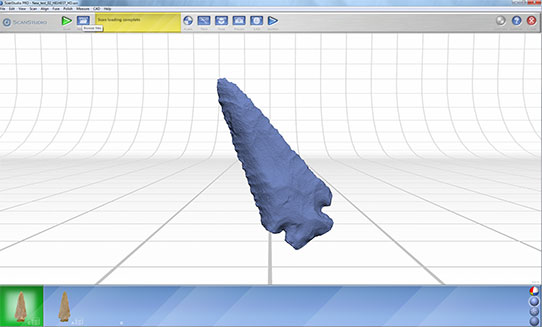 Screen grab of the finished scan in NextEngine StudioScan software prior to uploading the model to Sketchfab.com.

Sketchfab.com is an open source, free hosting site for 3D models. With a mouse, trackpad, or finger, the user can move and turn the object, zoom in and out, and copy the link to share with others. A user can also “Like” the model and leave a comment. The object can even be observed in virtual reality if the user has VR headset. 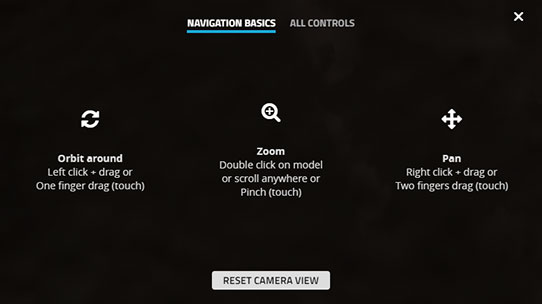 This artifact is a stone knife from Griggs County in eastern North Dakota; it was donated by a private collector. The knife was hafted, meaning it was fit into a handle that could give its user better leverage while cutting. We don’t know how old the knife is, but we do know it’s still usable and has only a small break on the base. Why do you think someone left it behind? Was it lost?

Like photographs and videos, 3D scanning is a digital medium that helps us engage with the past. Unlike those types of media, 3D models invite you to interact with an object in an almost tangible manner. So go ahead—give it a spin and feel like you’re holding history in your hand.