The 1955 North Dakota Legislative Assembly appropriated $200,000 to build a new, brick, one-story Governor’s Residence. Construction on the residence was completed in the Spring of 1960. Governor John Davis and his family were first to occupy the residence. Since then, the building has been the official residence of Governors William Guy, Arthur Link, Allen Olson, George Sinner, Edward Schafer, John Hoeven, Jack Dalrymple, Doug Burgum and their families. The Governor’s Residence is slated for demolition this fall to make room for the new Governor’s Residence being constructed next door.

Throughout the occupancy of the Governor’s Residence, there have been several renovations of both public (State) and private rooms. The State Historical Society of North Dakota has eight collections from the Governor’s Residence totaling about 800 objects including furniture, decorative objects, silver, china, and building material from the various eras. The State Archives has also collected materials including photographs, blueprints, and pamphlets. 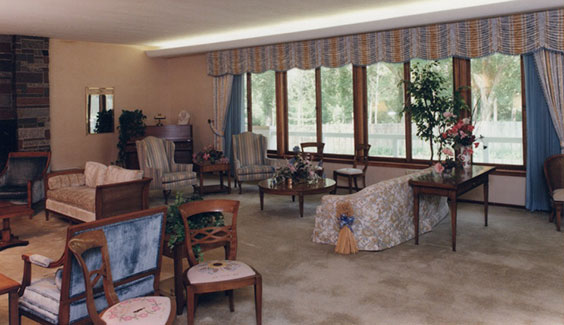 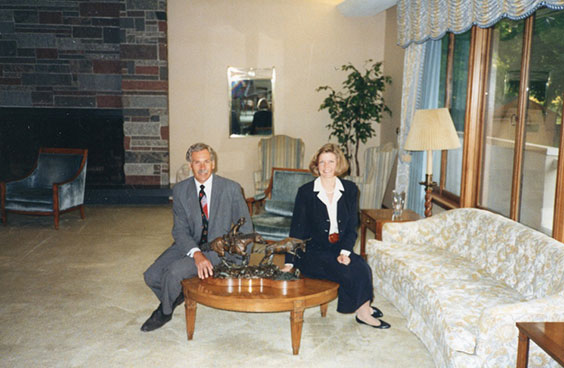 In 1989 the State Living Room was renovated. This photograph was in a collection of Governor’s Residence photos transferred to the State Archives and shows Governor Edward Schafer and First Lady Nancy Schafer sitting in the State living room prior to the renovation. The couch, two blue chairs, two striped chairs, valance and drapery, and the table upon which the Schafers are sitting have been a part of the SHSND collection since 1998. 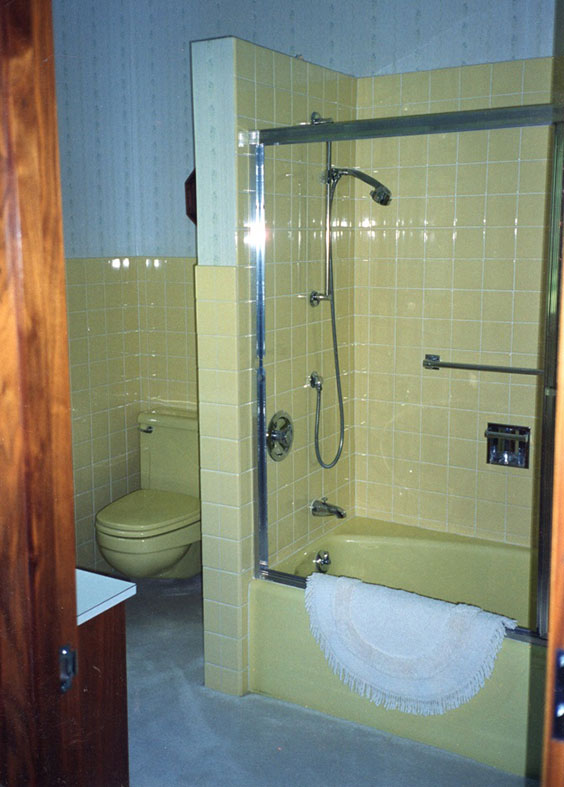 The State Guest Bathroom, as it appeared in 1985. The agency collected a sample of the wallpaper, silver soap holder from the shower, and the yellow tile appearing in the photo, as well as a silver tissue box holder, toilet paper holder, and toothbrush holder collected in 2000. We recently acquired samples of the shower tile, floor tile, and wallpaper from the 1998 renovation of this bathroom. 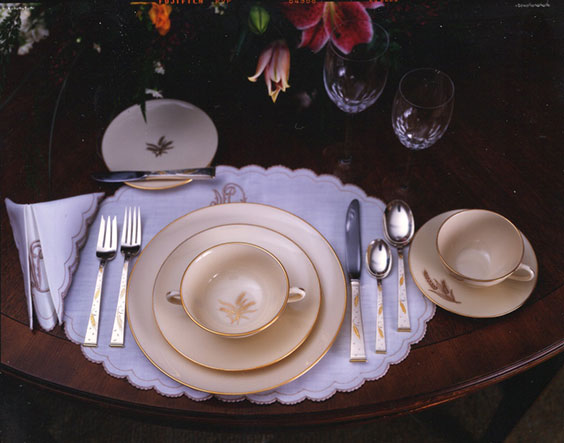 The Gold Wheat Center Design china is Wheat by Lenox, R-442. The sterling silver dinnerware, made by Gorham, features a gold Wheat design on handle, and “ND” is carved into the bottom of each handle. Originally purchased by Governor Brunsdale in 1951-1957, more pieces were added in 1966. The items were used during dinner parties at the Governor's Residence and the Former Governor’s Mansion at 320 E. Ave. B in Bismarck. The placemats and napkins were purchased from Macy’s and monogramed with the “ND.” The placemats and napkins are new acquisitions to the SHSND collection, while the china and the silver were received as part of a complete set from the Governor of North Dakota in June 2004. 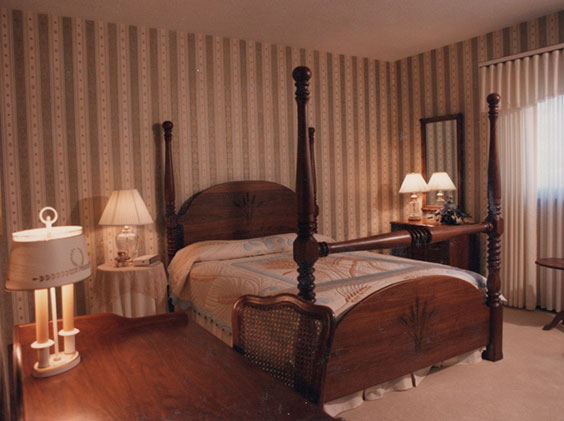 The State Guest Bedroom went through many furniture changes throughout the years. There were two futon-like pieces of furniture, two single beds, and finally this double bed. The room as pictured was decorated by First Lady Jane Sinner in 1989.

We were recently provided with samples of the wallpaper pictured and of the wallpaper currently in the bedroom. The quilt on the bed is called "Waving Wheat," designed by Carol Kelly and constructed by the North Dakota Quilters in 1988. Sewn into a corner of the quilt are a brief history of the quilt and a list of the people who helped construct it.

While the structure itself will no longer stand in a few months, and Governor Doug Burgum and First Lady Kathryn Helgaas Burgum will occupy a new residence, the Governor’s Residence of 1960-2017 is well documented at the State Historical Society of North Dakota.

We would like to extend a sincere thank you to Steve Sharkey, the Residence Manager for 30-plus years, for having the foresight and love of history to continue offering the State Historical Society these objects throughout the years.