The State Historical Society of North Dakota’s Archaeology & Historic Preservation collections consist of over 12 million artifacts that document 13,500 years of human history representing more than 2,500 archaeological sites in North Dakota and the surrounding region. We have stone tools of big game hunters, gardening tools, grinding tools, historic artifacts, game tools, and much more. Among our game artifacts are ice gliders.

Stewart Culin ([1907] 1992), a major game scholar in the field of anthropology, divides Native American games into two groups: games of chance and games of dexterity. Games of chance include dice and other guessing games where the outcome depends on luck. On the other hand, games of dexterity such as a game of shooting a target or sliding a javelin require physical strength and skill. The second group also includes games like foot racing, hoop-and-pole, and ball games that require athletic agility and stamina.

Some of these Native American games were ceremonial in nature (Culin [1907] 1992). These include hunting and warfare games only played by men. Other games were played by men and women for fun and pleasure. Still other games aimed to train and educate children in activities like hunting and warfare, skills needed to be successful adults. The ice glider game was a game of skill and dexterity and was occasionally used for gambling (Nicholson et al. 2017: 121).

The ice glider game was played on a smooth course, usually of ice or snow, with the ice glider thrown into the air and onto the ice surface. Players took turns, and the objective of the game was to see who could throw an ice glider farthest. Most ethnographic accounts indicate boys or young men played the game. Ice gliders were usually made of a bone head with stick-and-feather tails, which assisted the flight of the finished object. Bison, cattle, and deer ribs were used to make ice gliders. While the forward end of the bone often had a blunt or a V-shaped point, its back end was cut square. Some ice gliders also have recognizable decorations. The motifs include geometric designs, crosshatching, incised lines, and other naturalistic and line designs (Majewski 1986).

Both archaeological and ethnographic evidence indicates the game was played by the Mandan, Hidatsa, Arikara and Dakota nations. The earliest presence of ice gliders at Arikara sites is dated to roughly A.D. 1750 (Nicholson et al. 2017: 123). Ice gliders have also been found at early historic Mandan and Hidatsa sites. The presence of ice gliders at a site may indicate a winter occupation and may provide some insight about the recreational activity of people in the distant past (Nicholson et al. 2017).

Ice gliders and other Native American game artifacts are on display at the State Museum’s Innovation Gallery in Bismarck. In addition to those on exhibit, the Archaeology & Historic Preservation Department has nearly two hundred pieces of complete and partial ice glider artifacts in our collections from different sites including Bone Slider/Ice Glider, Like-A-Fishhook and/or Fort Berthold, Deapolis Village, Greenshield, and the Yanktonai Ice Glider. Of our ice glider artifacts, most come from the Bone Slider/Ice Glider site, which is a documented winter village in Oliver County. A few are decorated and others are pierced and/or decorated. The interpretation of the Bone Slider/Ice Glider site as a winter village is strengthened by Prince Maximilian's observation in May 1833 of a large camp of Yankton Sioux consisting of 300 tents in the neighborhood (Chomko and Wood 1973). 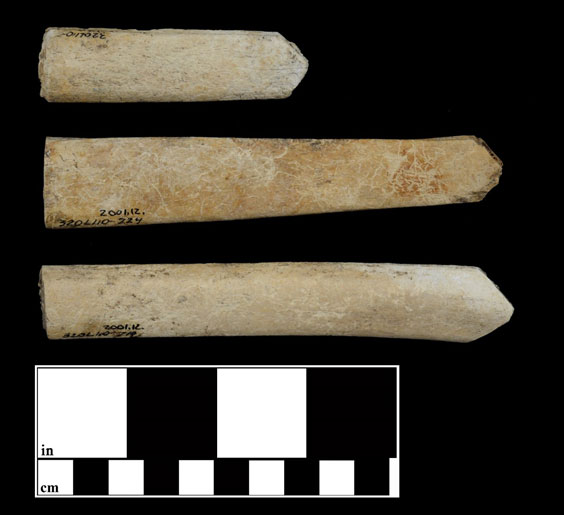 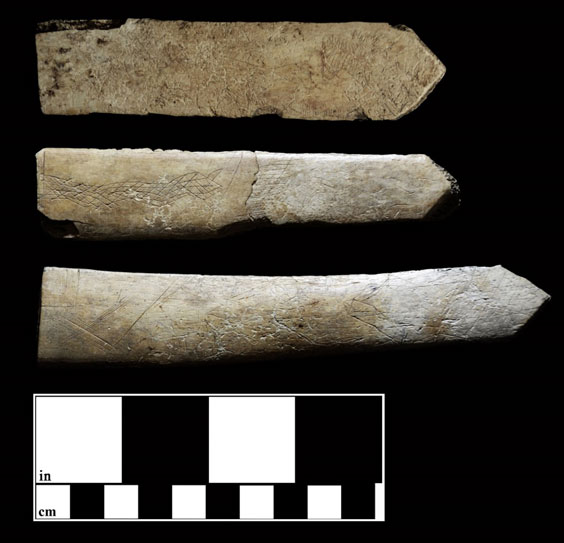 These ice gliders from the Bone Slider/Ice Glider site are decorated with crosshatching and other incisions. AHP Accession Number 2001.12