Originally the brush was owned by the donor’s grandparents, John and Christina (Schmidt) Wagner of Mercer, who came to the US from Germany. It was later used by the donor’s parents to prop open a window in the house for 50 years! This shoe brush was given as a gift to families that subscribed to Der Staats-Anzeiger. Printed in North Dakota, Der Staats-Anzeiger translates to “The State Gazette” in English. The newspaper was printed in both German and English from 1906 until 1969. Families in America could send letters to their relatives in Germany and Russia through the newspaper. The State Archives has microfilms of Der Staats-Anzeiger, for those interested in learning more about the newspaper. 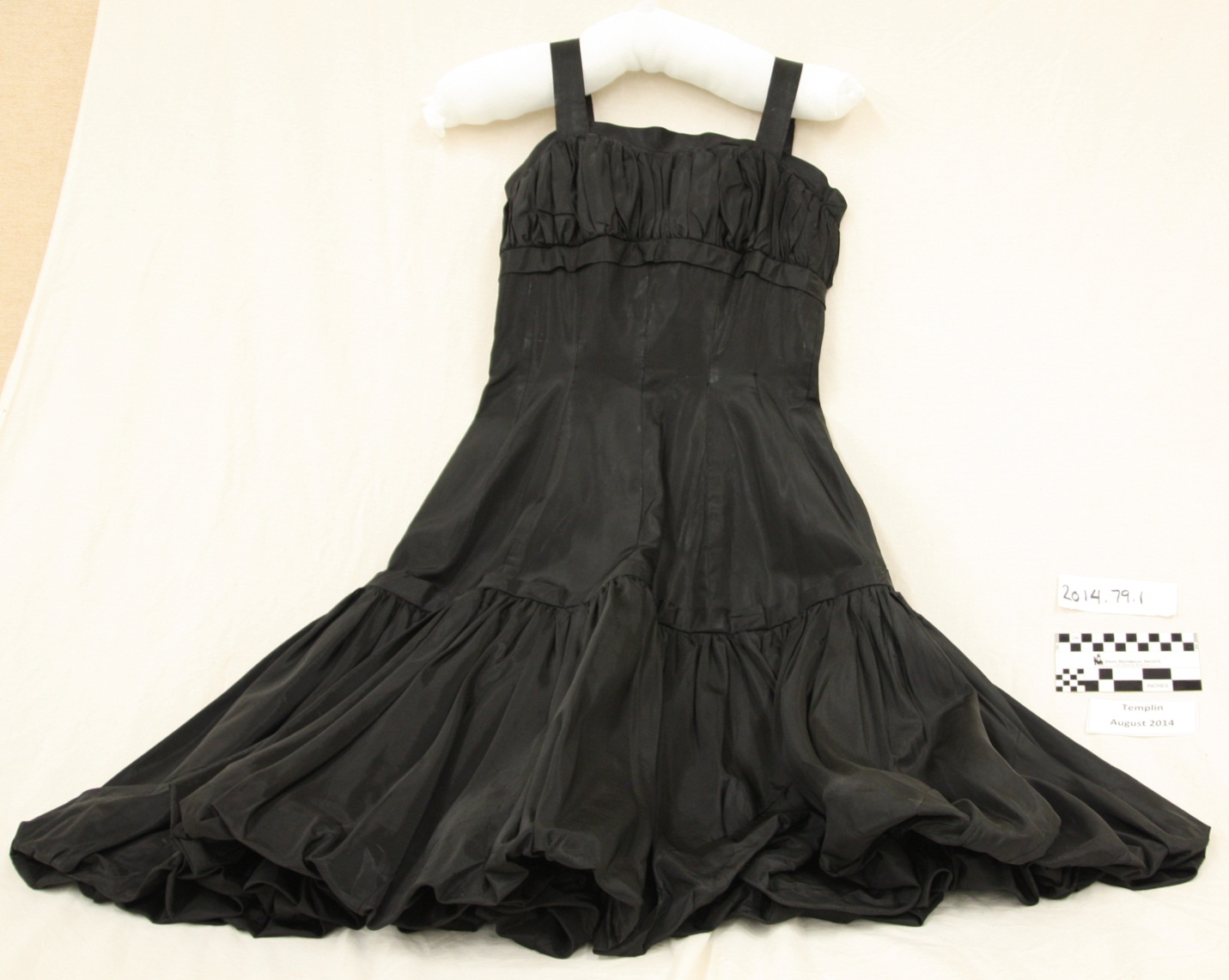 The black cocktail dress pictured was owned by the donor’s mother, Joyce Adeline Jalbert, and would have been worn to dances at The Flagstone Terrace Supper Club in Bowman, ND. This black dress was bought from a boutique in Dickinson, ND, called “Helen’s” in the early 1960s. Trips to Dickinson were a treat for the donor and her siblings, because they were able to shop for new clothes, eat at the Woolworth’s lunch counter, and finish at “Baker Boy Bakery” for chocolate frosted brownies! The dress was made by a Californian dressmaking company called Emma Domb, known for making prom and party dresses. 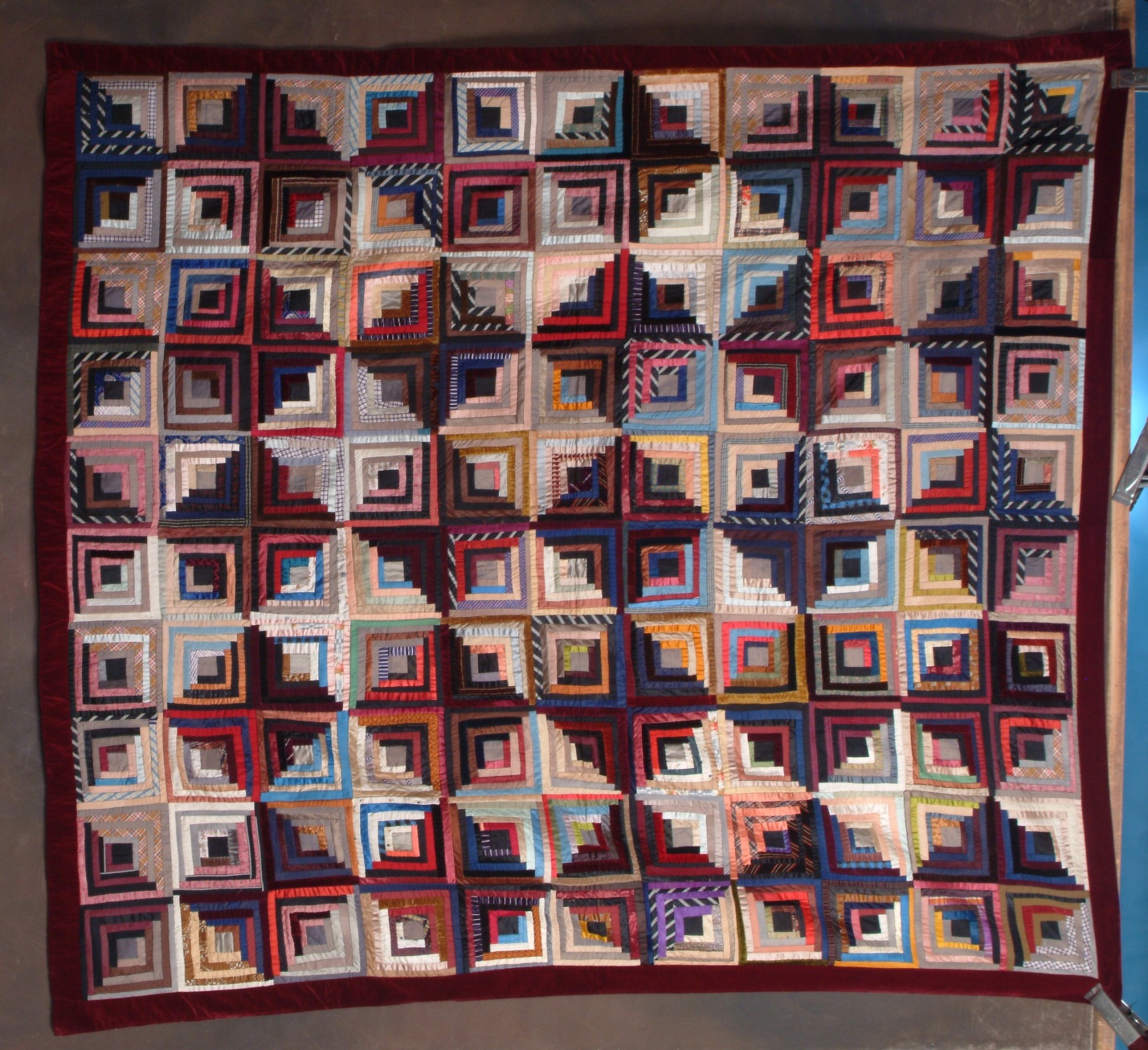 Made in 1857 by Sara Waybright Ridgeway, the quilt pictured here is the oldest quilt from Foster County, North Dakota. The donor remembers the quilt being owned by her great aunt Myrtle Ridgeway, who was married to Judge Pierce Roberts in Carrington, ND. Her first time seeing the quilt was when she was a teenager, and her Great Aunt Myrtle pulled it out of a cedar trunk at the foot of her bed. She would not see the quilt again until five years ago, when she found it in a cedar chest at her mother’s house, along with a front page newspaper article about the quilt in The Independent. The donor decided the quilt needed to stay in North Dakota, where its beauty could be preserved and shared by all. 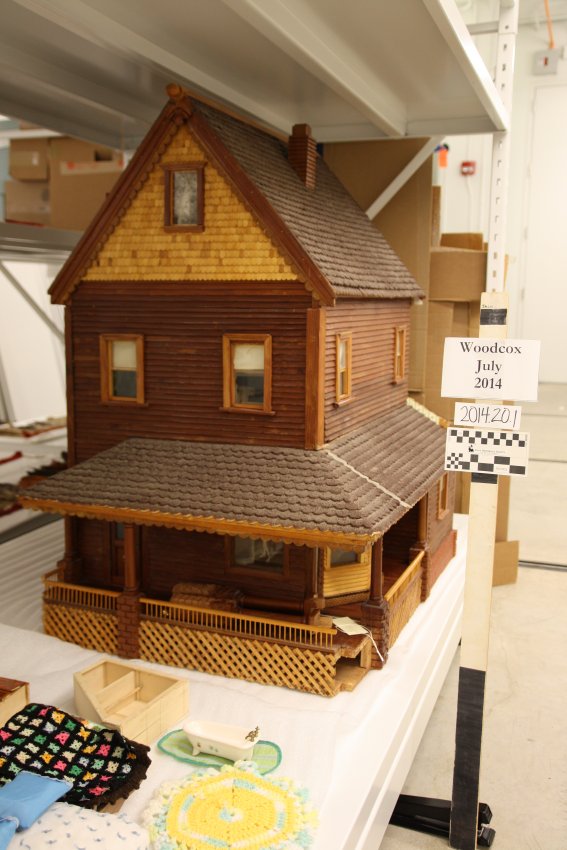 This beautiful doll house was handmade by Otto and Ginger Knapp from Bismarck, ND, in the 1970s. Otto was born in Temvik, ND in 1916, while Ginger Haux was born in McClusky, ND in 1933. They married in 1952 and raised six children in Bismarck; just half a block north of the capitol! Everything from the windows to the furniture was handmade by the Knapps. The handrails and siding of the house are made with popsicle sticks that have been sanded and varnished. All the beds have hand-sewn pillows, pillow cases and sheets. The cupboards are stocked with miniature bowls, plates, pots, and pans. One of the cabinets even has tiny books and papers stacked on the shelves. At one time the grandfather clock used to work, because it was made from a watch.