END_OF_DOCUMENT_TOKEN_TO_BE_REPLACED

Municipal steel water towers are currently my sideline research project. From what I have gathered so far, the research better speed up because the towers are coming down rapidly. I’ve been able to uncover 69 traditional-style water towers in North Dakota in the past three years, and in that time seven of them have been pulled down or are scheduled to be demolished.1 I’m working with the Bureau of Reclamation to document some of these vital infrastructure elements prior to their razing.

Water towers are the most visible component of a municipality’s investment in a public potable water and sewer system, and provide pressure to move water through the system and storage capacity.

Stanley, North Dakota, provides a typical history of infrastructure development with the establishment of the community to provide coal and water for the St. Paul, Minneapolis & Manitoba Railway (later the Great Northern Railway) railroad locomotives in 1887, a post office in 1899, and more than 40 businesses by 1906. In May 1908 the Stanley Village Board organized and began passing ordinances to establish streets and sidewalks, a telephone system, road and bridge maintenance, and a village well in 1909. By 1915, with Stanley’s population growing to more than 500, the Stanley Electric Company was established and a water and sewer system installed, along with a city well nearby. In 1917 the Minneapolis Steel and Machine Builders constructed the Stanley water tower, which remains in use today, to create pressure in the water supply system.2 The structural side of documenting this group of water towers is straightforward, but documenting the manufacturer of each tower is more difficult. This traditional form of steel water tower has four steel legs, a center riser pipe, and a hemispherical bottom on the tank. Other identifying features are the guardrail around the circumference of the tank and the characteristic conical cap topped by a vent. From about 1900 to the 1960s, several regional water tower manufacturers dominated the market for construction of these handsome structures, but only two have been definitively documented to date. Pittsburgh-Des Moines Steel Company and Minneapolis Steel & Machinery are the two manufacturers that supplied the towers to North Dakotan municipalities. The towns typically either hired the manufacturer’s own construction company or a regional builder who trained specialized teams to construct them.3 It has been far more difficult to identify the “soft side” of municipal water development. Some municipalities got behind their water system construction projects quickly and efficiently. Williston’s project sailed through completion on the tide of progressive city officials who, by 1917, had built the water filtration plant, water tower and supply system, and paid off the municipal bond indebtedness of $40,000, primarily with the proceeds of the sale of water.4 Meanwhile other towns struggled to find local support for their pure water supply projects, even with the North Dakota Department of Health providing concrete evidence of rising levels of bacteria in individual wells sampled within the city limits of Northwood. This 1937 – 1939 project was one of many funded in part (45 percent) by the federal government’s Public Works Administration program to provide a reliable source of pure water and water for fire protection.5 My research continues with analysis of water tower types by geographic location and a search for the build dates on each municipality’s water tower. 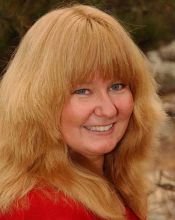